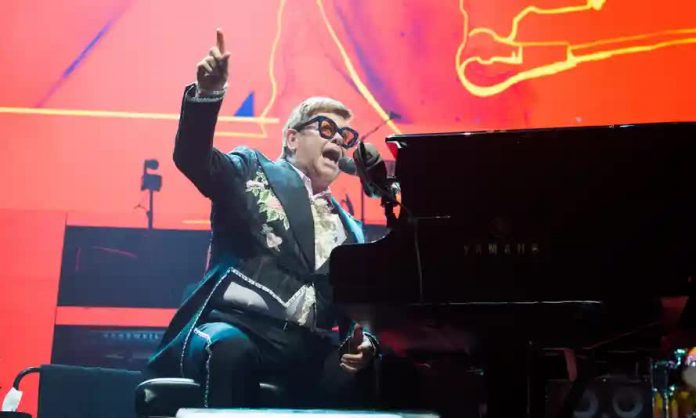 Brexit negotiators have screwed up the deal for Britain’s emerging musicians. They need our support

In 1966, I went to Hamburg. I was the keyboard player in Bluesology, and we had a residency at the Top Ten Club, where the Beatles had famously cut their teeth. It was a real baptism of fire. We played on the Reeperbahn, five hours a night in among the brothels and sex shows, to audiences who hadn’t come to see us. But it was still great: we played so much we didn’t have any choice but to improve as a band. Certainly, it was better than my solo debut on the continent a few years later, when some bright spark booked me as the support act to Sergio Mendes in Paris. One audience member was so aggrieved at having his evening of bossa nova interrupted by the strains of Your Song that he threw his hotdog at me. Clearly, the only way was up. I kept touring Europe and gradually built up an incredibly loyal audience.

This was all a long time ago. If I was the keyboard player in a young band, or a solo artist just starting out now, it’s unlikely I’d get the chance to go to Hamburg, or indeed have hotdogs thrown at me in Paris. As a result of Brexit, British artists who want to play in Europe will now need visas, work permits and equipment carnets for each country they visit. It’s an administrative nightmare that vastly increases the cost of staging a European tour.

Of course, none of this affects me. I’m lucky enough to play big venues and have a huge organisation supporting me. My tours can absorb these costs, and I have people working for me who can sort out the admin. But in a way it does affect me, because I don’t want to live in a world where the only artists who can afford to tour properly are those who have been going for decades and have already sold millions of records.

I’ve always been passionate about new music. During that tour in Hamburg, I spent all my spare time in record shops, and 50 years later I still spend hours each week going through new release schedules, buying new albums and listening to songs on streaming services. As a successful artist, one of my raisons d’etre is to promote younger artists and to be on their side. I’m in an incredibly privileged position, and it seems only fair to use this to help people who are starting out. It’s not an act of charity: my favourite thing about music is the energy and the raw excitement that a new artist transmits when you see them live. It’s hugely inspiring, and it’s something you only normally get from a younger artist.

It’s absolutely vital for new artists to tour Europe. Getting your music across to crowds from a different culture to your own, who don’t necessarily speak the same language as you, just makes you a better musician. As I discovered in the 60s, you can spend months in a rehearsal room painstakingly perfecting your craft and you won’t learn as much about live performance as you do in half an hour trying to win over an unfamiliar audience. You have to have that visual contact with other human beings.

Touring Europe allows you to absorb different influences, understand different crowds and meet new musicians. It helps you get inside your art. You not only play better, you write better songs as a result. During the Covid-19 pandemic, we’ve seen many other ways of promoting music to a global audience: artists have used social media and livestreams, and have created pay-per-view online events. Some of these formats have been incredibly creative. But not one of them has come even remotely close to replicating the experience of going to a gig, and not one of them is going to have the kind of impact on an artist that touring does.

The situation we’re now in is ridiculous. Music is one of Britain’s greatest cultural exports. It contributed £5.8bn to the British economy in 2019, but was left out of the Brexit trade negotiations when other industries weren’t. Workers from some professions are still allowed to travel on business without applying for a visa. But not musicians. Either the Brexit negotiators didn’t care about musicians, or didn’t think about them, or weren’t sufficiently prepared. They screwed up. It’s ultimately down to the British government to sort it out: they need to go back and renegotiate.

But renegotiating freedom of movement is complicated and is going to take a lot of time. If you’ve just made your first album, and you’ve got that fresh momentum building behind you, it’s no use waiting for two or three years before you tour – you have to catch that energy while it’s on fire, you have to go out and play, and you have to take yourself to as many different audiences as possible.

What musicians need now is a short-term fix. We should set up a support organisation, funded partly by the music industry itself, where artists who don’t have the kind of infrastructure that I benefit from can access lawyers and accountants to help them navigate the touring problems created by Brexit. The pandemic has put a stop to live music in the immediate future, so we should use the window of opportunity we have now to set this support organisation up.

Just to reiterate: this isn’t about Elton John. It’s about ensuring that emerging artists have the space to nurture their own talent and broaden and build their audiences. We need a new generation of superstars, not least because one generation of superstars – my generation – are getting older, retiring and dying off. This is about more than just pop music: it affects folk singers and jazz players, classical musicians, orchestras and opera companies too. And it’s also about cult bands and performers and artists who are making stuff that is too experimental for mass appeal.

In fact, if you hate every note I’ve recorded, because your tastes are edgier, weirder and more exploratory – if you think that the Parisian hotdog thrower had a good point – you need to support musicians’ ability to tour. Because if Brexit prevents many new musicians from touring, the only artists who are going to have any meaningful kind of live career are big, august, mainstream artists like me. And, trust me, I don’t want that any more than you do.