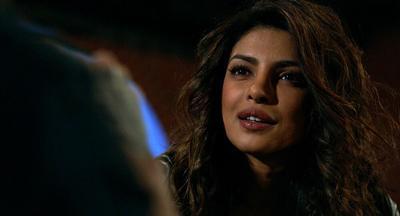 Former adult movie star and model Mia Khalifa has taken a swipe at Bollywood star Priyanka Chopra for her silence over the ongoing farmers’ protests in India.

Khalifa took to Twitter, wondering: “Is Mrs. Jonas going to chime in at any point? I’m just curious.”

She then compared Chopra with singer Shakira, who Mia previously accused of doing the “bare minimum” to help those affected by the 2020 Beirut blast, which claimed over 180 lives and left more than 6,000 people injured, despite her Lebanese heritage.

Is Mrs. Jonas going to chime in at any point? I’m just curious. This is very much giving me shakira during the Beirut devastation vibes. Silence.

​Interestingly, Khalifa made the remarks despite Priyanka being one of the first Bollywood actresses to come forward and talk about the need to resolve the farmers’ protest as soon as possible.

Our farmers are India’s Food Soldiers. Their fears need to be allayed. Their hopes need to be met. As a thriving democracy, we must ensure that this crises is resolved sooner than later. https://t.co/PDOD0AIeFv

​After several activists and celebrities extended support to the farmers, the Indian External Affairs Ministry described their tweets as “not accurate” in a statement last week.

“The temptation of sensationalist social media hashtags and comments, especially when resorted to by celebrities and others, is neither accurate nor responsible. Before rushing to comment on such matters, we would urge that the facts be ascertained and a proper understanding of the issues at hand be undertaken,” the ministry stated.

Since 26 November, thousands of farmers have been protesting on the outskirts of the Indian capital, blocking roads in the states of Uttar Pradesh and Haryana. They are calling for three controversial farms laws passed in September 2020 to be repealed. The farmers are concerned that the new laws will affect their income, giving an edge to big retailers.

They are the Farmers (Empowerment and Protection) Agreement of Price Assurance and Farm Services Act, 2020; Farmers Produce Trade and Commerce (Promotion and Facilitation) Act, 2020; and Essential Commodities (Amendment) Act 2020.