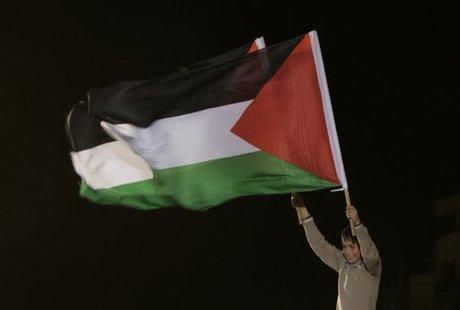 Arab foreign ministers on Monday reaffirmed their commitment to a two-state solution to the Israeli-Palestinian conflict, warning against “any unilateral moves” by Israel.

After talks at the Arab League in Cairo, they “emphasized the Arab states’ commitment to the two-state solution, which embodies a sovereign, independent Palestinian state on the basis of international law.”

The “emergency” meeting at the League’s headquarters, called by Jordan and hosts Egypt, came months after a string of Arab states began normalizing ties with Israel.

Arab League chief Ahmed Aboul Gheit warned that Israeli “settlement activity in the West Bank and East Jerusalem is a dangerous obstacle to the two-state solution.”

“The international consensus supporting the two-state solution must be translated into practical moves to rescue that solution from Israel’s continued attempts to undermine it,” he said.

Since August, the United Arab Emirates, Bahrain, Sudan and Morocco have normalized or restored ties with Israel.

Both the West Bank-based Fatah movement of Palestinian President Mahmoud Abbas and the Hamas movement, which controls the Gaza Strip, have condemned the deals.

Peace talks between the Palestinians and Israel have been frozen since 2014.

The Arab League meeting came as Fatah, Hamas and other Palestinian factions held talks in Cairo to discuss holding the first Palestinian legislative and presidential elections in 15 years, according to Egyptian state TV.

The polls are set for May and July.