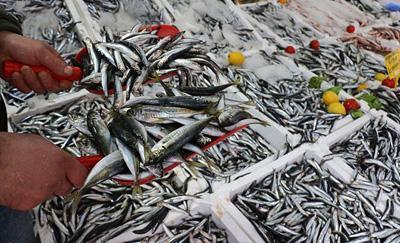 Global warming has become one of the grave concerns affecting the marine life migration patterns, especially in the Black Sea, where fishes have been observed to have changed their migration routes due to rising water temperatures, according to an expert.

“Fish in the Black Sea are migrating to the west rather than the east as the water temperatures are cooler there,” said Nazmi Polat, an academic from Ondokuz Mayıs University in the northern province of Samsun.

The sea’s temperature has a direct consequence on the reproduction and migration cycle of marine life, according to the expert.

“Any change in the water temperatures force fish to migrate,” Polat said, adding a schedule should be followed to impose fishing bans regionally.

“In Turkey, a fishing ban is imposed for a certain period in all our seas. However, due to the rising water temperatures, this ban should be implemented regionally,” Polat said.

According to the regulations, fishing season in Turkey starts from Sept.1 to April 1 every year.

Polat also warned about the likelihood of a significant decrease in the population of fish in the Black Sea.

“Let’s say, fish reproduces at the end of April. But as the fishing ban is lifted on April 1, fish will be hunted even before their breeding time is over. This will considerably affect the population of fish in the future,” he said.

“Fish select the region to feed, adapt and reproduce as per suitable water temperatures,” he added.

Highlighting about the need to work on some regional measures against the global warming to save fish population, Polat said: “Think about the Black Sea. Edirne province is on the western side, and Artvin prov-ince is on the eastern side. We announce a fishing ban totally in Edirne and Artvin or Zonguldak and Trabzon provinces, which lie in the middle.”

“It is necessary to make adjustments accordingly to climate change in order to impose regional fishing bans,” he added.