Information International, a leading Beirut-based research consultancy firm, has carried out a survey to determine how many Lebanese intend to be vaccinated against Covid-19.

The poll, conducted between Jan. 30 and Feb. 4, found that a majority of 38% of the 500 participants surveyed over the phone do not want to be inoculated.

Thirty-one percent meanwhile said that they want to be vaccinated as another 31% declared that they are still undecided.

According to the survey, men are more receptive to receiving the vaccine — 39% of men want to be inoculated compared to only 25% of women.

The survey also found that those who have jobs are more receptive to receiving the vaccine than those who don’t (34% and 28%, respectively).

As for the reasons behind rejection or hesitation, 41% of those surveyed said that they fear possible side effects, 25% cited the conflicting media reports, 17% questioned the efficacy of the vaccines as seven percent mentioned the speed in which the vaccines have been produced. Ten percent meanwhile declined to answer or mentioned other reasons.

Lebanese authorities, apparently aware of such concerns, have recently decided to launch a vaccine information campaign.

Authorities have also said that the objective is to reached a 75-80% societal immunity. 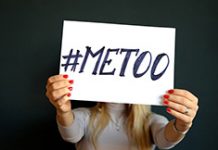