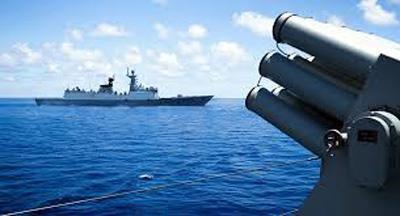 What are the banana wars?
The “banana wars” is the culmination of a six-year trade quarrel between the US and the EU. The US complained that an EU scheme giving banana producers from former colonies in the Caribbean special access to European markets broke free trade rules.

Only seven per cent of Europe’s bananas come from the Caribbean, US multinationals which control the Latin American banana crop hold three-quarters of the EU market and the US itself does not export bananas to Europe.

Despite this, the US filed a complaint against the EU with the World Trade Organisation (WTO) and, in 1997, won. The EU was instructed to alter its rules.

What is the World Trade Organisation (WTO)?
The WTO is the only international body which deals with the rules of trade between countries, promoting free trade. Based in Geneva, it superseded the General Agreement on Trade and Tariffs, GATT, in 1994. It has the power to legislate on disputes and co-ordinate new rounds of negotiations aimed at dismantling barriers to trade throughout the world.

What is the EU’s deal with the Caribbean?
Since 1975, each Caribbean country has a quota of bananas, enabling them to sell to Europe as many as they wanted to support. This, the EU hoped, would enable the economies of such developing countries to grow independently, without depending on overseas aid.

The effect of this deal has been to protect banana farmers in the Caribbean from competition from Latin America, whose bananas are cheaper because they are grown on large-scale, mechanised plantations run by giant US-based corporations.

Where does cashmere come into it all?
After the WTO ruling, the US government continued to argue that free trade in bananas had not been restored, while the EU argue it has changed its rules. The US has now imposed a retaliatory range of 100 per cent import duties on European products, encompassing everything from Scottish cashmere to French cheese.

The British Trade and Industry Secretary Stephen Byers says this action by the US was “completely unauthorised” by the WTO. The British government has been busy pressurising the Americans while the WTO has promised to investigate the matter again.

If the US doesn’t export bananas direct to Europe why are they so angry?
Whether Democrat or Republican, American administrations have long championed an ideological commitment to free trade. But the “banana wars” are murkier than that clear principle.

The US government is concerned about its economy. The US trade deficit is at a nine-year high. Its current account deficit could reach $300 billion in 1999, surpassing previous record levels in 1986/7. The government feels it can’t afford to allow any European protectionism, no matter how petty, to disadvantage its troubled trading balance.

The US government is also pressurised by powerful US-based multinationals which dominate the Latin American banana industry. The Clinton administration took the “banana wars” to the WTO within 24 hours of Chiquita Brands, a powerful, previously Republican-supporting banana multinational, making a $500,000 donation to the Democratic Party.

Why does it matter?
Some argue that the dispute threatens the whole future of free trade. “Free trade” has always been a delicate state of affairs negotiated between nations. It has often been an exercise in trading concessions – one nation opens up this market in return for another opening up that market.

Advocates of free trade point out that the last significant bout of protectionism and trade-based antagonism between the US and Europe triggered the massive economic depression in the 1930s.

From the small starting point that is bananas, it is easy to see how protectionism could spiral, as different trading blocs place retaliatory duties on other nations’ imports. Some warn that the banana wars make global financial instability imminent.

More specifically, it matters for the thousands of people whose jobs, industries and livelihoods are at stake in Europe and in the developing world.

What will be the effects in Europe?
The import duty that the US has slapped on a range of European products works as a bond which Europe’s exporters must pay to US customs to cover the cost of duties that the US administration may impose in the future, if the WTO finds in its favour again.

This threatens EU exports worth about $520m a year. Thousands of jobs are at risk, including those in the Scottish cashmere industry in the Borders. Scottish cashmere producer Clan Douglas has warned that if it loses its £1.25m US exports it may have to cut 700 jobs.

What will be the effects in the developing world?
Most immediately, bananas are crucial to the Caribbean economy. Half the population of the Caribbean rely on the banana industry to supply their basic needs such as food, shelter and education. If the EU’s preferential treatment is whipped away without giving enough time for farmers to develop other ways of using the land, the Caribbean economy could collapse.

But the problem this dispute poses for the developing world could be more serious. 71 African, Caribbean and Pacific (ACP) states are subject to the Lome Convention, an agreement created in the 1970s which commits the European Union to promoting trade with its former colonies.

It was under the terms of the Lome Convention that the European Union offered preferential terms for banana imports from the Caribbean. If another WTO ruling forces the EU to comprehensively disavow the already strained Lome Convention, new free trade agreements are likely to be made which subject these developing ACP countries and their fragile industries to the full force of the “free” market.