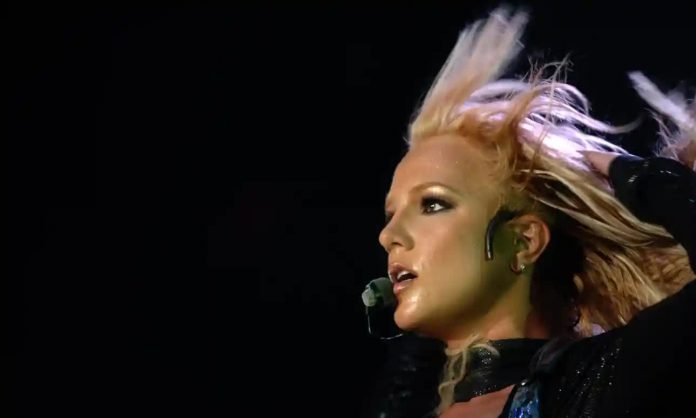 In an effective new documentary, the difficult life of a pop star is examined from family struggles to the toll of being at the mercy of the media

There is no shortage of horrifying, look-away-from-the-screen moments in Framing Britney Spears, the New York Times-produced documentary that examines, in succinct, bruising fashion, the pop star’s incendiary career and controversial legal guardianship.

The uncomfortable quality of these images and video is due, in large part, to their mundanity – a celebrity off-stage, doing unremarkable things; the paparazzi hordes that were a staple of the mid-2000s, at the height of TMZ, tabloid and gossip blog power; the familiarity of the whole circus, which exists in America’s collective cultural memory as time capsule, old joke, or well-meaning meme (the classic “If Britney could survive 2007, you can do this” joke). None of these images, none of this information about Britney’s stratospheric teenage fame, mental breakdown in 2008, and the legal conservatorship that has governed her daily life in the 13 years since, is new. We just don’t often sit with the evidence – not this cohesively, not this viscerally.

In a brisk, bracing 75 minutes, Framing Britney combs through the mountain of archival Britney material – coming of age just before the internet, she was a heavily documented star from the start – from her childhood in smalltown Kentwood, Louisiana, to the cascading highlights of her career: tinkering in the studio, the smash success of … Baby One More Time and Oops I Did It Again, mass fascination over her relationship with the ‘NSync boybander Justin Timberlake, marriage to backup dancer Kevin Federline, mass fascination with her fitness as a mother, breakdown.

Much of the film is dedicated to explaining the legal concept of conservatorship – a court-appointed guardianship usually for elderly or infirm people – and subtly (or, with a couple of first-person interviews, not so subtly) arguing against the arrangement that places Britney’s father, Jamie Spears (according to the film, a largely absent figure in her life until money was concerned), in control of a 39-year-old pop star still raking in millions. Adam Streisand, a Los Angeles-based lawyer who specializes in conservatorship arrangements, recalls in the film a meeting with Spears at the Beverly Hills Hotel immediately after her involuntary psychiatric hold in January 2008 – an event heavily documented by paparazzi at the time – in which the singer reportedly accepted the conservatorship on one condition: that the conservator not be her father. (The court subsequently barred Streisand from representing Spears on grounds of inability to seek counsel based on a sealed medical report, and appointed the lawyer Samuel D Ingham III to represent her instead; as of 2016, Ingham had collected $2m in fees from Spears’ estate).

Still, this information is not new (Streisand’s memory is included in the New York Times’s thorough investigation into the thorny conservatorship in 2016). Though the film features several compelling interviews – most notably with the former travel companion and assistant Felicia Culotta and Kevin Tancharoen, the backup dancer and tour director from 1999-2004, who both attest to Britney’s command as an artist, a driver of her own career – there is no participation from Britney, her family or anyone now in her inner circle. (Her brother Bryan Spears, however, offered a rare glimpse into the family dynamic on the podcast As NOT Seen on TV in July 2020, saying “She’s always wanted to get out of it … having someone constantly tell you to do something has got to be frustrating. She’s wanted to get out of it for quite some time.” He also said the Spears women’s strong-mindedness “sucks”.)

Yet the effect of synthesis – a bottomless well of evidence distilled and arranged in one place, with poignant commentary from Times cultural critics – is nonetheless revelatory. Perhaps unsurprisingly, given the nostalgic affection for Britney, the film has triggered an outpouring of horror and humility, a bandwagoning of some celebs on the #FreeBritney movement, and several damning reconsiderations of our past fascination with Britney’s descent, or Justin Timberlake’s general immunity to blowback for capitalizing on and exacerbating attention at the expense of women who supported him (Britney, Janet Jackson; see: him affirming a radio host’s question if he “fucked Britney Spears”, an indefensible December 2002 Details magazine cover that reads “Can we ever forgive Justin Timberlake for all that sissy music? Hey … at least he got into Britney’s pants”).

The film is another notch in a string of slow-rolling, ever-expanding reconsiderations of American celebrity culture, and particularly the female tabloid figures of the 90s and aughts, one facilitated by the larger #MeToo retelling of sex, power and the spectra of traumas faced by women, partly by the simple passage of time. From films such as the Oscar-winning OJ: Made in America to Lorena Bobbitt, such revision relies less on new information than simply staring hard enough at the existing record. Asif Kapadia’s delicate, harrowing documentary Amy compiled audio recordings and home video to capture the rise and frenzied fall of Amy Winehouse, victim of a similar, and concurrent, frenzy of paparazzi sharks, lucrative tabloid coverage and public derision, even as her musical talent remained esteemed.

Spears carried the extra burden of embodying America’s psychotic contradictions over sex for young women – dress sexy but be virginal, convey that you want it but never, God forbid, know what you want, let alone get it; tread as closely to the line of actual sex as possible but never cross it. She rocketed to fame in an era, as the Times critic Wesley Morris astutely points out in the film, when Bill Clinton’s scandalous affair with the White House intern Monica Lewinsky – another big tabloid story whose heroes and villains have been revised with the passage of time and #MeToo – brought the lewd discussion of sex, and the specter of sex panic, back into the public sphere (and tasteless Jay Leno jokes).

Memory is a hazy, gauzy thing. You can remember, intellectually and in tabloid snippets, the frenzy over Spears in the mid-to-late aughts, but not recall the galling starkness of its imagery – a woman hunted and literally hounded by men across Los Angeles, the harried, vertigo-inducing funhouse of camera flashes. Spears’s meltdown was mundane enough to merit a category – what has Britney Spears lost this year? – on the gameshow Family Feud (answers included her mind, her children and her dignity). That detail was probably not memorable enough in 2008; it’s unforgettably crude now.

Ultimately, the film offers little in resolution, as there isn’t one: Britney the person remains unknowable, no matter how ardently #FreeBritney supporters scan her Instagram captions or “connect the dots”, to borrow language that feels uncomfortably conspiratorial, for clues to her mental state or personal opinions, or what goes down at another hearing on her legal status on 11 February. What is clear is our continued fixation with her, our collective culpability in even passing interest, the misogynistic, cruel cultural mores – whether for sex or mental health – that become clear in rearview, too late.

In 2008, fresh into her conservatorship, Jamie Spears allowed MTV documentary cameras to film Britney, who offered one of her few public takes on the arrangement to date: “If I wasn’t under the restraints that I’m under right now, with all the lawyers and doctors, and people analyzing me every day, and all that kinda stuff – if that wasn’t there, I’d feel so liberated, and feel like myself,” she said. Much of the discussion on Framing Britney will hinge on the controversy of her guardianship, the growing #FreeBritney movement. But there is a second point in the typical Britney “all that kinda stuff” that demands attention, too – an indictment of all of us, sitting in plain sight.

Ramadan begins, ‘interference’ in port probe, MPs tackle fairer pay for public school teachers: Everything you need to know to start your Tuesday