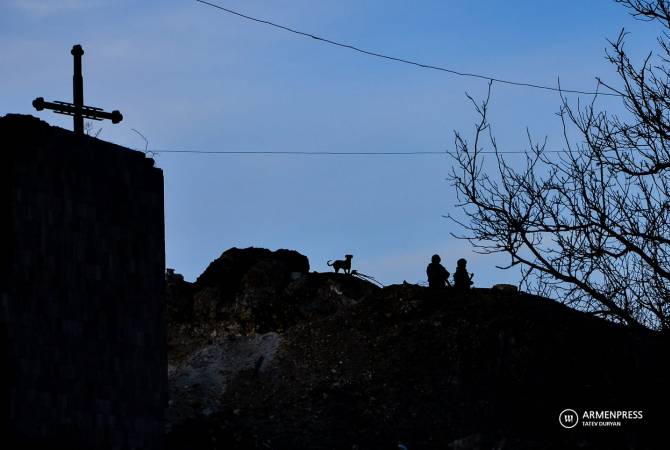 YEREVAN, FEBRUARY 10, ARMENPRESS. There haven’t been any incidents in the line of contact of the Armenian and Azerbaijani sides from December 2020 until now, the Defense Minister of Armenia Vagharshak Harutyunyan told lawmakers in parliament on February 10.

“Since December until now, we don’t have any fatality at the line of contact, we have one wounded in Shushi,” he said. “Ceasefire violation happened, but not directed at our positions. They [Azeri military] shot in the air. We are recording all cases, if it happens in the Nagorno Karabakh section we convey it to the peacekeeping forces,” Harutyunyan said.

Harutyunyan says he has raised the issue of the Azeri irregular gunfire during his meeting with the Commander of the Russian peacekeeping forces in Nagorno Karabakh Lt. General Rustam Muradov.