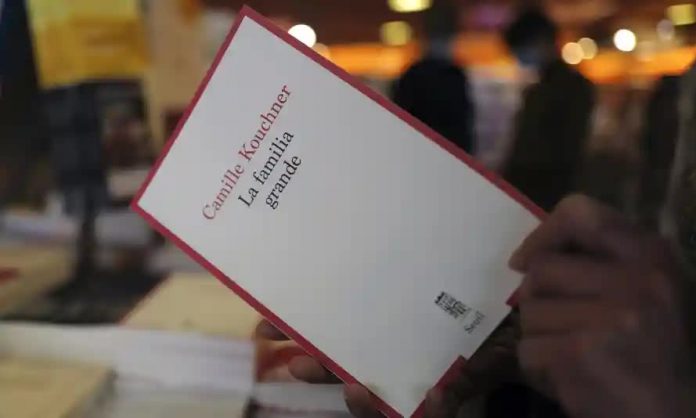 The Guardian –Kim Willsher in Paris

When Camille Kouchner – daughter of a former government minister and stepdaughter to a renowned constitutional expert – wrote a book about alleged child sexual abuse in her family it sparked another of France’s periodic moral, social and political crises.

Once again, the country turned itself out to explain why another of its great and good might have abused a child, and how their equally great and good friends might have turned a blind eye – but this time the impact went much further.

In her book La Familia Grande – printed amid great secrecy last month – Kouchner, 45, the daughter of Bernard Kouchner, a former Socialist minister and co-founder of Médecins Sans Frontières, claimed that Olivier Duhamel, a constitutional expert and president of the board that oversees the prestigious Sciences Po university, had sexually abused her twin brother.

Within hours, survivors were posting their traumatic stories under the #MeTooInceste hashtag.

The book sold out within days and Duhamel, 70, resigned all his positions including regular media slots. He has made no public statements. Police announced an investigation into “rape and sexual abuse of a minor” and have interviewed Duhamel’s stepson.

Within a week others had toppled like dominoes. The philosopher Alain Finkielkraut lost his regular television slot after seemingly suggesting Duhamel’s alleged behaviour was not that serious because his stepson was “an adolescent”. Élisabeth Guigou, a former justice minister and another Duhamel friend, resigned as president of the committee looking into paedophilia and incest while insisting she “had no idea of the serious facts”.

The Île-de-France prefect Marc Guillaume, yet another Duhamel friend, quit his post on the Fondation Nationale des Sciences Politiques (FNSP), which oversees the prestigious Sciences Po grande école and of which Duhamel was president.

Within a fortnight Emmanuel Macron became involved, speaking to praise the bravery of those who had broken the omertà on incest and child abuse and calling for legislative change.

Late on Tuesday, another high-profile figure became the latest casualty of the scandal. Frédéric Mion, the director of Sciences Po, who previously admitted he was informed of the accusations against Duhamel in 2018, resigned admitting he had made “errors of judgement”.

Former police captain Laurent Boyet, who says he was abused as a six-year-old by an older brother, now runs an association, Les Papillons, to help youngsters speak out about incest and assault. He says Kouchner’s book has dragged France to a crossroads.

“What this book and the #MeTooInceste has done is allow families to say: ‘That’s enough. Stop. I don’t want to be part of this horror any longer. Stop inviting that uncle to weddings when you know he’s an abuser.’ It demands that each and every family examines its conscience,” he said.

“Because of this it has given hope to the victims. Hopefully the message will spread to outside of France, because it’s not just a problem here.”

France’s post-1968 generation adopted an intellectual position that 60s promiscuity encompassed adult sexual relations and those with youngsters. A 1977 petition supported by a group of leftwing intellectuals, including Bernard Kouchner, called for a lowering of the age of consent to 13. Jean-Paul Sartre and Michel Foucault and Jacques Derrida and Simone de Beauvoir were among the signatories.

During the late 1980s, Duhamel and his wife Évelyne Pisier, a feminist writer who had a four-year affair with Fidel Castro – would invite their intellectual friends to the family estate in Sanary-sur-Mer on the French Rivièra each summer. This was “La Familia Grande”. There were parties, skinny-dipping in the pool and naked drives to the seaside. The motto was “Freedom above all”, Kouchner writes.

“Parents and children kissed each other on the mouth. My stepfather flirted with his friends’ wives. The friends picked up the nannies. Young men were offered to older women.” She wrote that her mother, who died in 2017, had explained: “There’s no harm in it, my little Camille. I know what’s going on.”

An anecdote in the book recounts how one young, female guest to the Duhamels’ estate complained to the police after a man slipped uninvited into her bed. “The young woman was repudiated, vilified by my stepfather and mother who were appalled by such vulgarity. They explained to me I had to understand: the girl had exaggerated,” Kouchner, a lawyer and university lecturer, writes.

She tells how her twin, called “Victor” in the book, eventually told his mother that Duhamel had sexually abused him from the age of 13. Pisier angrily accused her son of seducing her husband. Kouchner says the abuse was no secret because “everyone knew”.

A poll by Ipsos in November estimate one in 10 French people have been the victim of sexual abuse within the family as children or adolescents; 78% were female and 22% male. The poll suggested the number of incest cases has risen from 3% of the population in 2009, meaning to 2 million victims, to 10% in 2020 – 6.7 million victims.

Psychiatrist Muriel Salmona, a childhood abuse survivor and president of the association Mémoire Traumatique et Victimologie said Kouchner’s book had come at a time when French society was ready to “smash the omertà surrounding incest”.

“There has been a culture of impunity particularly for those in positions of privilege, power and domination over women and children,” Salmona says. “These people, mostly white men, the all-powerful, are adored and feted […] This generates a sort of sexual privilege to exploit women and children with impunity.

“Nobody wants to keep hearing these old words, we have to admit that we have let something atrocious happen and make amends. We must fight this impunity. We were considered the silly women and girls who were uptight, incapable of liberating ourselves, incapable of higher thought, but now we will send them to prison.”

Under French law, there is no legal age of sexual consent (last month the Senate voted for the threshold to be set at 13) and at present a victim of rape or abuse is considered consenting by default and has to prove non-consent. New legislation proposes to criminalise sexual acts between an adult and a child under 13 – currently an “offence” and not a “crime” – with heavier prison sentences, particularly for incest, and extending the statute of limitations giving victims more time to bring legal proceedings.

Laurent Boyer says he desperately hopes the wave of outrage sparked by #MeTooInceste will not eventually break on “the sands of indifference”. Les Papillons has put letter boxes in more than a dozen schools and youth sports clubs to encourage victims to break their self-imposed silence, and hopes to install them across France.

He stressed that child sexual abuse in the family knows no social, economic or geographical boundaries. “We put a box in one day and the next we have letters from children who need help,” he says. “There are no exceptions. It can be happening in any family.”

He admits it is not just the abuse that has a “catastrophic” legacy.

“It’s not just what is done, for me it was also the 30 years of silence, fear, shame, guilt … 30 years of self-destruction and addiction. It was a non-life, of being but not being there. That’s why we have to say, Stop. Enough.”