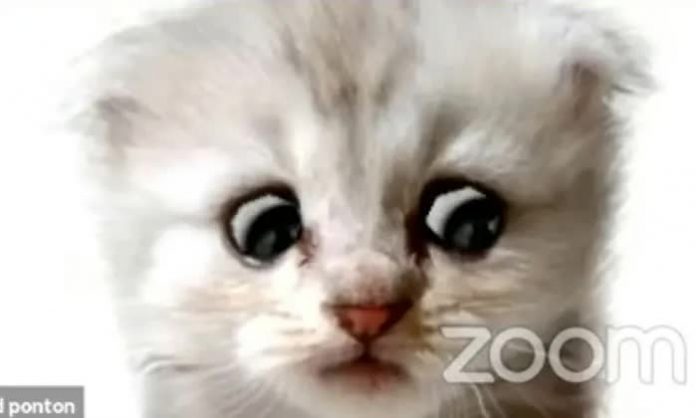 A Texas lawyer accidentally left a kitten filter on during a video conference call with a judge and was unable to change it, eventually responding to a judge’s query about why he was being addressed by a digital feline by saying: “I’m here live. I am not a cat.”

The coronavirus has prompted many computer mishaps, as many of the world’s workers adapt to working from home in the face of the pandemic. They have ranged from the inadvertently hilarious to the career-ending.

Faced with hearing legal debate from the kitten’s cute but worried face, Judge Roy Ferguson of Texas’s 394th judicial district told Ponton: “I believe you have a filter turned on in the video settings. You might want to …”

The Ponton/kitten entity then interrupts Ferguson in a panicked drawl: “Can you hear me, judge?”

Ferguson responds: “I can hear you. I think it’s a filter …”

“It is,” the cat-faced Ponton responds. “And I don’t know how to remove it. I’ve got my assistant here, she’s trying to, but I’m prepared to go forward with it … I’m here live. I’m not a cat.”

Ferguson deadpans: “I can see that.”

In the manner of good judges everywhere, Ferguson sought to use the example of human/feline fallibility as a teachable moment. He tweeted: “If a child used your computer, before you join a virtual hearing check the ‘Zoom video options’ to be sure filters are off.”

He added: “These fun moments are a byproduct of the legal profession’s dedication to ensuring that the justice system continues to function in these tough times. Everyone involved handled it with dignity, and the filtered lawyer showed incredible grace. True professionalism all around!”