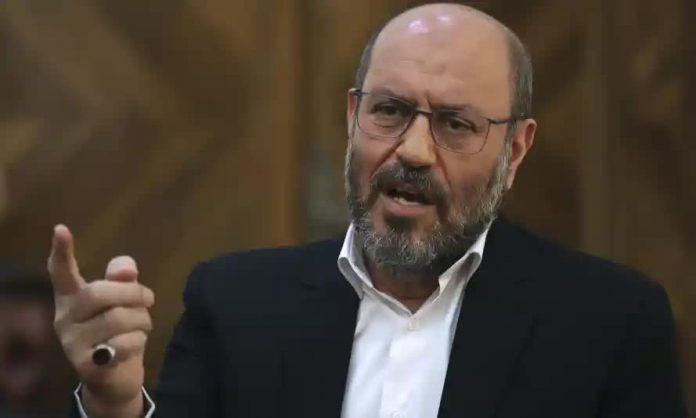 Hossein Dehghan, a military adviser to Iran’s supreme leader, said the US was in no position to make conditions, given they left the nuclear deal. Photograph: Vahid Salemi/AP

The only declared candidate in Iran’s presidential elections this June has accused Joe Biden of continuing Donald Trump’s international policies, and warned that Tehran is preparing retaliatory measures to force the US to change its diplomatic trajectory.

In an interview with the Guardian, Hossein Dehghan, a military adviser to the supreme leader Ayatollah Ali Khamenei, said Washington was not in a position to set preconditions for Iran’s return to the 2015 nuclear deal and called for guarantees that the US will not leave the agreement again.

“The Biden administration talked about diplomacy, multilateralism and interaction in the international arena as well as returning to its international commitments. However, we still see the same policies from the newly elected administration as we did from the Trump team: not lifting the oppressive sanctions against Iranian people, continuing to block Iran oil revenue in foreign banks while we need the money to fight against the coronavirus pandemic. Altogether this means the continuation of Trumpism in international relations”.

He said Iran will seek to change the course of diplomacy from 19 February – the date it has set to cut back some access for UN weapons inspectors to its nuclear sites. He also insisted Iran would demand damages from the US for the impact of sanctions.

His remarks underscore the gulf that remains between the US and Iran – and how the departure of President Hassan Rouhani may make it even harder to restore the nuclear deal, known formally as the Joint Comprehensive Plan of Action or JCPOA.

Dehghan, who is being sanctioned by the US for his alleged terrorist operations in Lebanon, rejected suggestions that both sides might start to return to their commitments to the Iranian deal by taking some limited opening reciprocal goodwill gestures – such as the US lifting its block on the Iranian request for a loan from the International Monetary Fund (IMF).

“We planned to have the loan to fight against Covid-19 pandemic, and to purchase medication and medical equipment. That is our right as one of the founders of IMF,” he said.

He added: “The Americans’ approach has made our nation not trust them. Therefore, we want to receive guarantees that the Americans will not infringe the agreement again. The Americans are not in the position to set up conditions for their return to the negotiating table. They violated the agreement, so in order for them to return to negotiation, they must first lift unilateral and illegal sanctions against Iran and fulfil their commitments. Then we will have the opportunity to negotiate the issues as regards the damages and the expenses due to America leaving the JCPOA”.

He also dismissed the role of Europe as a mediator between Tehran and Washington, saying that since the era of Javier Solana, the EU’s senior diplomat between 1999 to 2009, the EU had lost any distinctive identity. “To be crystal clear, the Europeans have absolutely no independent stance from America any longer.”

Dehghan, a former Islamic Revolutionary Guards Corps commander, played a key role in helping form militias in Lebanon in the 80s. He has worked alongside three different administrations in Iran, allowing him to present himself as a non-factional candidate, but the election of a military figure for the first time would be controversial.

He denied that his candidacy signalled a growing militarisation of Iranian society, pointing out that Churchill, De Gaulle and Eisenhower – all former military officers – had been elected to head civilian governments. “I am not solely a military person. I am an academic, I taught mainly in non-military centres, I have been an adviser in many social and foreign policy issues. I have been the manager of many economic entities. I have all the characteristics of a military person regarding punctuality, leadership, teamwork and a goals-orientated approach.”

His election would not mean Iran was ruled by a military junta, he said.

Asked if he could foresee Iran building better relations with its regional rival Saudi Arabia, he quoted the 19th century British prime minister Lord Palmerston, saying: “We have no eternal allies, and we have no perpetual enemies. Our interests are eternal and perpetual, and those interests it is our duty to follow”.