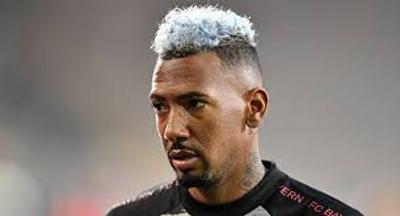 The 25-year-old Polish model was found dead in her apartment in Berlin on 10 February a week after the couple split. Earlier this month Kasia promised to speak about her relationship with the defender, whom she called “the devil”.

The last message Kasia Lenhardt, former girlfriend of Bayern Munich’s Jerome Boateng, left on Instagram before her suicide was: “Now is where you draw the line. Enough,” in which the 25-year-old refers to a statement Boateng made announcing his break-up with her.

“We will go our separate ways from now on … I had to take this step and draw a line”, the footballer wrote in a post, which has since been deleted.

Media reports say the German-born athlete, who has been training with Bayern Munich in Qatar, has left for Berlin to attend the funeral. Bayern’s manager Hans-Dieter “Hansi” Flick said that the news came as a shock to the whole team.

“This has stunned us. Jerome came to me and asked me to return home. After a negative [COVID-19] test he will return home and not be available until further notice,” Flick told reporters.

Boateng and Kasia started dating in 2019, but broke up this month after a public spat in which the athlete’s former belle Rebecca Silvera accused Kasia of stealing him. Kasia in her turn accused Boateng of “continuous infidelity” although she did not reveal who she believed he was unfaithful with.

The centre-back accused Kasia of sabotaging his relationship with his former girlfriend, with whom he has two children.

Before the suicide Kasia promised to open up about her relationship with Boateng once she recovered from their break-up. Lenhardt rose to prominence after participating in a TV show Germany’s Next Model. She leaves behind a five-year-old son Noah from a previous relationship.