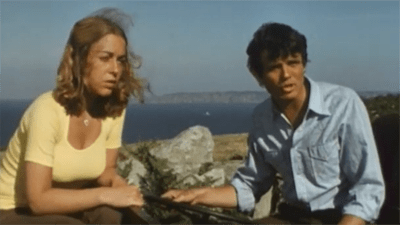 UK media regulator Ofcom is investigating a classic movies channel for broadcasting a 1970s series featuring blackface. The channel has fallen foul of censors before, but refuses to scrub outdated language from its programming.

The media watchdog opened its investigation after Talking Pictures TV aired an episode of ‘Rogue’s Rock’ on Boxing Day, the Times reported on Thursday. An adventure series aimed at teenagers in the 1970s, ‘Rogue’s Rock’ doesn’t quite fit in with modern woke sensibilities, and the episode in question featured two characters in blackface, in a plot involving a deposed African princess’ efforts to reclaim her throne.

According to the Times, Ofcom only received a single complaint about the episode, but that complaint was enough to prompt an investigation. However, for the family who run Talking Pictures TV, it wasn’t their first run-in with Ofcom.

Founded in 2015 by producer Noel Cronin, and run by his daughter and co-founder Sarah Cronin-Stanley with her husband Neill Stanley, the channel mostly airs vintage British movies and shows, and has a viewer share of less than half of one percent. The Cronins were officially reprimanded by Ofcom in 2018 for failing to censor the word “wog” from ‘A Family at War’, originally broadcast in the 1970s. Earlier, they were warned about the uncensored use of the words “sambo” (an outdated term for a person of mixed African and Amerindian ancestry) and “coon” in their programming.

“If you’re watching films from the ‘50s, ‘60s or ‘70s, they will show attitudes that were relevant then,” Cronin-Stanley responded at the time. She also refused to air warnings before shows containing controversial language, saying that to do so would be “babysitting our audience.”

Cronin-Stanley has also previously suggested that broadcasting rules be altered to make allowances for vintage programming.

The Times’ report did not detail what actions Ofcom would consider taking over the blackface complaint. However, the regulator has the power to issue fines for breaches of its code of conduct, and even to revoke the licenses of broadcasters, which it did earlier this month to China’s state-controlled China Global Television Network.