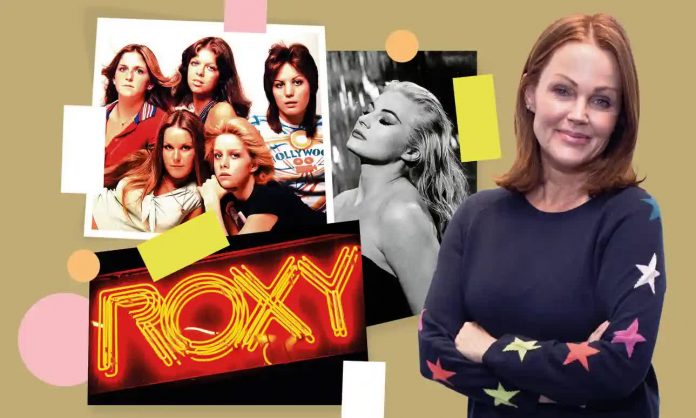 The singer recalls the joy of 60s California pop, being enthralled by Fellini’s La Dolce Vita and the Go-Go’s first gig

The Guardian- As told to Rich Pelley

Pet Sounds by the Beach Boys

I grew up in Burbank in southern California. Music played a huge part in my life. I loved California radio – every summer, I would lie in front of the big speakers at my friend’s house. Her mother would go off to work and we would just sing along to the radio from 9am to 6pm every single day, every summer. When I was about 10, I saved up my babysitting and chore money to buy Aquarius/Let the Sunshine In by the 5th Dimension on 45rpm. It was so joyous and still sounds fresh to this day.

Every year, they would have the Teen-Age Fair in Los Angeles [1962-72] with all the bands you would hear on the radio, like Tommy James and the Shondells and the Lively Ones. The fair came to Burbank in 1963 when I was six and the Beach Boys played. I fell in love with them when I won a copy of Pet Sounds for playing Bobby Sox softball, and played it over and over again. Listening to that sort of California-centric music gave me a definite sensibility as to what sort of music I liked: music with melody.

My mom always had old black-and-white Hollywood movies on in the background. And I remember watching Madame X with Lana Turner and John Forsythe – it was so over the top. My mom loved things that were upbeat so she loved musicals like Carousel, with Gordon MacRae and Shirley Jones, and I would play the soundtrack to Seven Brides For Seven Brothers over and over – I can still sing some of the songs. The Wizard of Oz would be on television every year – I loved the visuals, the music, the fantasy – and I remember seeing Mary Poppins at Grauman’s Chinese Theatre and falling in love with Julie Andrews.

On Saturday afternoons I got the TV all to myself because – as any kid growing up in southern California in the early 60s would know – every Saturday at 3pm there was this horror movie show called Chiller. One horror film that was really scary was called Carnival of Souls: the perfect black and white early 60s horror film, and it still scares me to this day.

As a child, I loved Romeo and Juliet with Leonard Whiting and Olivia Hussey. It was so romantic and sad, and the perfect anchor to all that pre-teen angst. Then, as a teenager, I was exposed to La Dolce Vita, the Federico Fellini film with Anita Ekberg, and that kind of changed everything. I wanted to be Anita Ekberg and started saving all my money so that after I graduated high school I could live in Rome. I thought I could work in an ice-cream parlour because when I was at school I’d worked at Swensen’s ice-cream restaurant. So I was going to be Anita Ekberg in Rome, but then I got into a car accident. Life changed again, I didn’t go to Rome and I ended up in a band.

I was 19, I’d graduated from high school – everybody was in a band so we just thought: we can be in a band, too, and be terrible. The first Go-Go’s gig was at this legendary LA club called the Masque in the basement of the Pussycat Theatre on Hollywood Boulevard. There was no sign – you had to go down an alley, through a door and down these stairs. Our set was three songs and we did one of the songs twice. Overrun was our pseudo, angry, political song about taking over the world. And we did a song called Robert Hilburn that was named after this music critic for the LA Times.

The stage was maybe a foot high so everybody was crushed up at the front. I think people thought we were kind of charming. We were, if I say so myself, pretty cute. Then as we rehearsed and became more musically proficient, people thought: “They’re not a punk band, they’re a pop band, they’re a sell-out,” so we got all that shit down the line.

I lived with my parents in the suburbs, 45 minutes from Hollywood, so I could only go to clubs on the weekends. If there was something good on, occasionally we’d go during the week and I’d drive with my friend Theresa Ryan [Lorna Doom], who ended up in the punk band the Germs.

When I graduated and moved out, I was in clubs every single night. I was working in various secretarial jobs; legally, they had to keep you on for 90 days before they could fire you, so I figured I could just get paid for 90 days, get fired and find a new job. Having to get up early never stopped me from staying out late.

I had a huge teenage crush on Pete Duel from a show called Alias Smith and Jones. He had that swagger and I just thought he was so cute, as did every other teenage girl in America. He was a huge, young TV star, but obviously he wasn’t without his demons, because he shot himself. I was so devastated; it seemed such a huge deal. For some reason, they printed his address in the newspaper. He lived on Beachwood Drive. I lived in Burbank, a good 10 miles away. So I climbed on my bike and cycled all the way to Beachwood to, I guess, pay my respects.

I was also a complete Queen fan. It was the time of early Queen, so I loved their first albums, Queen and Queen II. We found out that they were staying at the Beverly Hilton so we went there to find Freddie Mercury. When we got there, some other kids seemed to know which room Freddie was staying at, so we went and knocked on his door but he never answered and we never got his autograph. I’ve met Brian May and Roger Taylor since but I never got to meet Freddie. He was just so dynamic. I loved him. He was probably my first rock star crush.