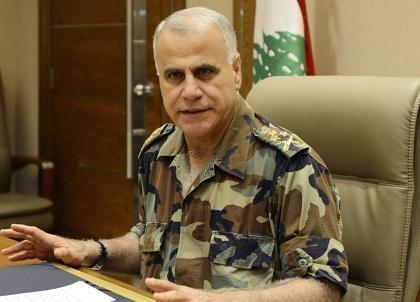 Ex-army chief General Jean Qahwaji on Thursday told Judicial Investigator Judge Fadi Sawwan that in the 2015-2016 period the army did not possess the ability to dispose of the huge ammonium nitrate shipment that exploded at Beirut port in August 2020.

“I stressed that the army did and is still doing all its duties according to the applicable laws and the military institution’s by-laws,” Qahwaji said in a written statement released by his lawyer after he appeared before Sawwan as a witness.

“I also emphasized that I’m under the law, mentioning that the Army Command had in late 2015 received a memo from the Directorate General of Customs, in which the latter asked whether the army was in need of the ammonium nitrate material present at the port’s Hangar 12,” Qahwaji added.

After “inspecting the ammonium nitrate bags and carrying out the necessary lab tests, the Command answered that it was not in need of the aforementioned substance, in light of its very huge quantity, its limited usability, and the fact that it would decompose with time posing a danger if it was to be stored for a long period,” the ex-army chief said.

The Army Command also told the customs directorate at the time that it had no place to store such a quantity nor to “dispose or get rid of it,” Qahwaji added.

“Accordingly, the Army Command answered the Customs Directorate in a memo dated April 7, 2016 that it did not need the ammonium nitrates and that the ‘Lebanese Company for Explosives – Majid al-Shammas’ could be contacted to determine whether it could benefit from the aforementioned substance,” Qahwaji went on to say.

He added that the army recommended that the shipment be re-exported to the country of origin should the aforementioned company show no interest in it.

Some investigative journalists had recently suggested that the army had had the ability to easily dispose of the shipment or to at least follow up on the issue to avert a disaster that was in the making.

Separately, Sawwan has scheduled appointments for Monday and Thursday for the interrogation of several suspects who have been charged in the case, the National News Agency said.

He also dismissed requests for the release of a number of detainees, deciding to remand them in custody, the agency added.

According to a local media investigation, the importers had carried out their own tests of the nearly 3,000 tons of ammonium nitrate, months after it was stored at the port, and then dropped any claims to the shipment. The chemicals ended up staying in the warehouse for six years before detonating. What sparked the explosion remains unknown.

The volatile fertilizer ignited last Aug. 4, causing one of the largest non-nuclear explosion in history, disfiguring Beirut and killing 211 people. More than 6,000 were injured in the explosion.

The shipment entered the port of Beirut in 2013 because of technical problems with the ship. It was then confiscated and stored in a warehouse in the port since 2014.

After the explosion, it was revealed that many of Lebanon’s political and security officials knew of the stored ammonium nitrate, and many of them had warned in internal communication of the dangers of keeping it in the port in hazardous conditions.

In December, Sawwan filed charges against caretaker Prime Minister Hassan Diab and three former ministers, accusing them of negligence leading to the deaths of hundreds of people.

The charges sparked a backlash and the former ministers challenged the judge’s authority in court, bringing the probe to a halt. But the country’s highest court asked Sawwan to resume his work.

The questioning of Qahwaji signaled the resumption of the probe, and is likely to ease public concerns that the investigation was derailed, given Lebanon’s decades-long culture of impunity and political interference in judicial matters.

Nearly 30 people, most of them port and customs officials, have been arrested since the blast.