The United States has completed the sale of 1.116 million barrels of gasoline that Iran tried to ship to Venezuela last year, U.S. Department of Justice spokesman Marc Raimondi told Reuters, while the Administration is looking to detain another tanker it believes is part of an Iranian scheme to covertly ship Iranian oil to a foreign customer.

In August last year, the U.S. Administration said it had seized the fuel cargo of four vessels, alleging that the fuel came from Iran and was going to Venezuela.

The U.S. Department of Justice announced at the time “the successful disruption of a multimillion-dollar fuel shipment by the Islamic Revolutionary Guard Corps (IRGC), a designated foreign terrorist organization, that was bound for Venezuela. These actions represent the government’s largest-ever seizure of fuel shipments from Iran.”

The 1.116 million barrels of petroleum on the four tankers were seized and sent in U.S. custody.

“The petroleum has been seized, and an interlocutory sale has preserved the cash value of the petroleum, which is now held by the U.S. Marshals Service,” Raimondi told Reuters this week, adding that the proceeds from the sale – which haven’t been disclosed but are likely tens of millions of U.S. dollars – “will be transferred to the U.S. Victims of State Sponsored Terrorism Fund.”

While the sale of the Iranian fuel was completed, the Department of Justice said last week that the United States had filed a forfeiture complaint in the U.S. District Court for the District of Columbia, looking to detain the oil aboard a tanker traveling to the United States.

The Department of Justice alleges that the IRGC has created a scheme to covertly ship Iranian oil to a customer outside Iran. The supertanker, the Achilleas, is carrying 2 million barrels of what the United States believes is Iranian crude oil, and was in the Caribbean Sea on Wednesday, headed to the U.S. Gulf Coast. 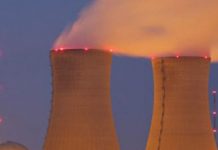