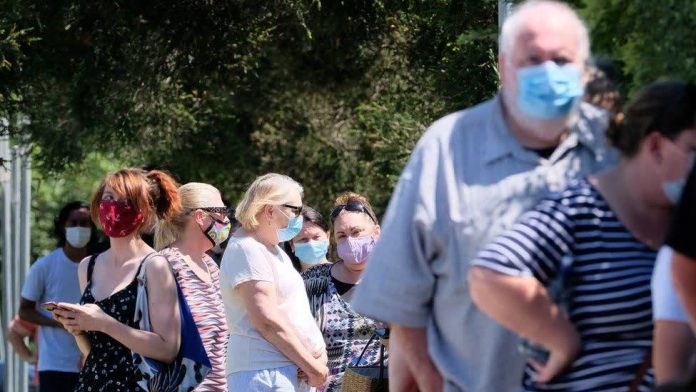 The Australian state of Victoria will enter lockdown for a third time to suppress an outbreak of the UK strain that is believed to have entered the community from a quarantine hotel.

Officials have so far found 13 cases stemming from a worker who unknowingly became infected at a Melbourne hotel.

The lockdown will begin on Friday midnight and end on Wednesday.

However, the government said the Australian Open tennis tournament would continue in state capital Melbourne.

But spectators will now be banned from attending the event which was seeing around 30,000 people at the matches each day.

Victorian Premier Daniel Andrews said the current outbreak was not linked to the quarantine hotels used by the tennis players.

He stressed that a “short, sharp circuit breaker” was needed to combat the UK variant.

“This is the fastest-moving, most infectious strain of coronavirus that we have seen,” he said, adding that close to 1,000 close contacts had already been reached.

Prior to this outbreak, Victoria had not seen a local infection for 28 days and the state had largely eliminated the virus.

Last year, in Australia’s winter, Melbourne locals endured one of the world’s longest and strictest lockdowns to overcome a second wave which led to more than 90% of Australia’s 29,000 cases and 909 deaths.

“We’ve built something precious, and we have to make difficult decisions, and do difficult things, in order to defend what we’ve built,” Mr Andrews said.

“I am confident that this short, sharp circuit breaker will be effective. We will be able to smother this.”

The state will be under the following restrictions for five days:

In each situation, the cases have occurred due to a quarantine hotel breach – with all but one of these found to be the more infectious UK variant.

Victorian health authorities have been scrambling to find out how the virus leaked out, with particular focus being paid to airborne transmission.