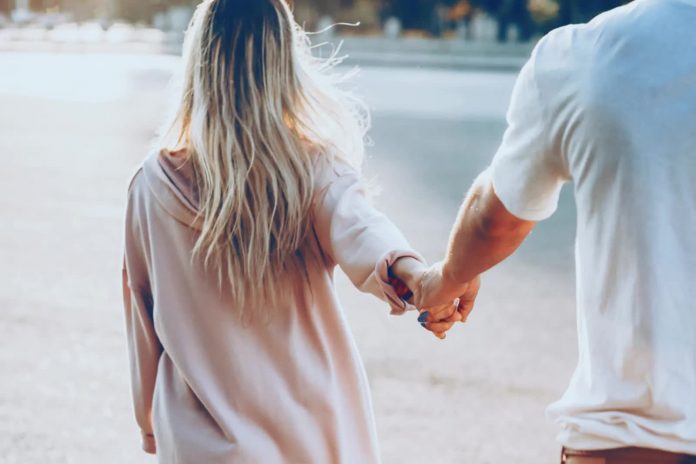 Research suggests that often the more intense and earth-shattering the initial attraction, the higher the divorce rate.Credit:iStock

Romantic destiny is the notion that there is some force at work bringing people together and creating attraction between them. This force works in mysterious ways and cannot be controlled.

This notion of romantic destiny was built by Baby Boomers and those who came before them – a little-known cohort called, not too surprisingly, the Silent Generation, comprising those born between 1925 and 1945. Their voices were drowned out by the worldwide adversity of the Great Depression and then World War II.

How did romantic destiny gain such weight within our collective psyche? First, it is incredibly … well, romantic! As humans, we love a good romance: it’s a movie in which we all want to star. While we could, quite fashionably, blame Hollywood, that would be a cheap shot. Hollywood simply gives us what we want for as long as we have an appetite for it.

While romantic destiny creatively stretches our attention in various directions, in essence it is a barometer, a reflection of our collective psyche. It is deeply human to want to believe in romantic processes. This draws us to Santa Claus, the Tooth Fairy and the Easter Bunny from early childhood. To understand the attraction of romantic destiny fully, we need to get to know its partner in crime: the myth of “the one”. In its simplest form, this is the notion that once you find “the one”, you will live happily ever after.

Romantic destiny invites us to wander down the road of life and in good time and, if we’re lucky, in true Hollywood style, we will stumble across “the one”. A physical stumble resulting in bodily contact is the best by far, as this is part of the process of “falling” in love.

The storyline unfolds, typically with both parties being on their best (read “highly unusual”) behaviour … then bad behaviour … then, finally, good behaviour again. Credits roll and they ride off into an eternal sunset on which the divorce sun never sets.

Here’s the point: it was a scarcity of divorce that built the notion of romantic destiny and the myth of “the one”. Those people growing up in a divorce-free world saw people find each other and appear to live happily ever after.

What we now know from the research is that, unless there is obvious aggression or outspoken contempt for one’s partner, even the children in a bad marriage will think their parents are happy enough. And in those days, it was even easier for a marriage to look good from outside the house. The impression this left was that romantic destiny was bringing people together with “the one” and they were living happily ever after.

The myth of “the one” was also fed by the reality that Baby Boomers and those who came before had very little opportunity to date many people. So, it looked a lot as though destiny put “the one” in front of you, you married, and that was that.

But they were not together, and did not stay together, because romantic destiny had led them to “the one”. They were together primarily because divorce was socially unacceptable and financially devastating – particularly for women. This is why romantic destiny and the myth of “the one” survived, unquestioned, for so long.

The myth of “the one” was also fed by the reality that Baby Boomers and those who came before had very little opportunity to date many people. So, it looked a lot as though destiny put “the one” in front of you, you married, and that was that.

The shift began in 1969 when Ronald Reagan, then the governor of California, signed no-fault divorce into law. The greater United States and much of the rest of the world followed in the next several years.

The introduction of no-fault divorce allowed a division of assets that gave women financial assurance, particularly as a greater share went to the carer of the children – traditionally accepted as being the mother. More importantly, the concept of “no fault” introduced the term “irreconcilable differences” as a valid reason for a couple to separate.

Blame and shame began to be dismantled as part of the divorce experience. This was a seismic cultural shift. As it became easier for women to leave a loveless or abusive marriage, they did – in droves.

Can we say categorically that there is no romantic destiny at work, bringing souls together? No, we cannot. The romantic in us would love to believe it is true. But if there is such a force, then the divorce rate would suggest it is not doing its job very well, and it needs some help.

Maybe, if there is such a force, it brings souls together for a purpose other than marriage. Typically, when people meet “the one”, they experience the attraction as hot, intense and life-changing.

But what if such a relationship is there to give us an intense, powerful, but short-lived romantic experience? An experience that ultimately teaches us not to be thrown off our individual life path by people who arouse strong emotions in us?

Mark Antony and Cleopatra, and Romeo and Juliet, undoubtedly felt they had found “the one”, but in the end it was suicide all round. Indeed, research suggests that, often, the more intense and earth-shattering the initial attraction, the higher the divorce rate.

Maybe after these intense relationships, we need to more consciously choose our life-partner (and are now better equipped to do so). In short, we need to then go on to find the “chosen one” – picked from a more conscious place.

Another attraction of romantic destiny is that it requires absolutely nothing of us. It is dead easy. We just wander along in life and it happens. We just need to wait patiently for “the one” to appear. The alternative to romantic destiny is complex; relationships are complex.

Not unreasonably, “It’s complicated” has now become a go-to explanation – or, rather, non-explanation – for relationship problems. This is a move in the right direction. Hollywood has made billions of dollars out of promising us all a soul mate. Few popular movies make it to an airing without a love interest, and almost never is a love interest found by dating a few people and choosing the healthiest one (admittedly most storylines do not have time for this subplot).

Typically, our would-be lovers bump into each other on a busy sidewalk with someone spilling coffee, or some other fluid, and someone apologising profusely until they look into each other’s eyes.

Imagine if we bought cars based on the myth of “the one”. In our next car accident, it might go something like, “Why weren’t you looking where you were going … hey, that’s a nice-looking car you have there. Is it for sale? But you’ll need to knock the price down for that dent in it!”

There are reasons why we don’t buy cars this way. One is because we know that there are lots of cars out there, of all different kinds. We do not want to limit ourselves to those we bump into – we want to make the best decision possible.

If we put bumping into our soul mate at one end of the spectrum, at the other end we find the work of Dr Robert Epstein. He is a relationship researcher and professor who earned his PhD at Harvard University. We love the story of how he found himself studying the way we can artificially and deliberately manufacture falling in love with a stranger.

Professor Epstein has calculated that there are approximately 350,000 “the ones” in the world, people with whom you can fall in love and have a good relationship.

He was a university researcher looking for a research project. Importantly, for reasons that will become obvious, he was single at the time. She was a woman looking for a research partner and a project. He found her particularly attractive. In a genius move, he suggested they see whether they could deliberately fall in love with each other and write a book about it.

Apparently, “she loved the idea, but her boyfriend wasn’t as thrilled”. It would appear that the boyfriend’s position won out. Not prepared to readily abandon the most novel pick-up strategy that an academic has ever come up with, he wrote an editorial about it in Psychology Today in 2002. The media picked it up and more than a thousand women from six countries offered to see whether they could deliberately fall in love with our professor. At this point, he graduates from genius to legend.

How many of the 350,000 live near you is another question – though, even if 99.9 per cent of them live somewhere else, or are in a relationship (like the woman of his genius idea), this leaves 350 potential partners – and guess how many you need for a happy life!

This article appears in Sunday Life magazine within the Sun-Herald and the Sunday Age on sale February 14. To read more from Sunday Life, visit The Sydney Morning Herald and The Age.

Edited extract from How to Make the Biggest Decision of Your Life (Hachette) by Dr George Blair-West and Jiveny Blair-West, is on sale now.

Third Woman Accuses Cuomo of Sexual Harassment, Says He Made Unwanted Advance at a Wedding – Report

Iceland Sees Rare Swarm of Over 10,000 Quakes in Less Than a Week