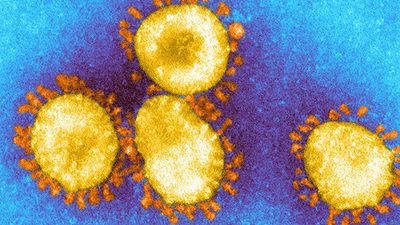 Scientists have identified another new variant of coronavirus in the UK with some potentially troubling mutations.

B.1.525 appears similar to the South African variant which prompted door-to-door tests in areas where it has been found.

Researchers from Edinburgh University have found 38 cases so far – 2 in Wales and 36 in England – in samples dating back to December.

It has been seen in other countries, including Denmark, Nigeria and the US.

UK experts are studying it to understand what risk it poses.

It is too soon to say if it should be added to the UK’s list of “variants of concern” and whether mass testing for it should happen. So, for now, it is a “variant under investigation”.

Prof Ravi Gupta, from the University of Cambridge, is one of the scientists advising the government on new and emerging virus threats.

He said B.1.525 appeared to have “significant mutations” already seen in some of the other new variants.

“That is partly reassuring because we can predict what their likely effect is.”

“There is currently no evidence that this set of mutations causes more severe illness or increased transmissibility.”

One of these changes B.1.525 has is a mutation called E484K – also found in the Brazil and South African variants – that may help the virus evade some of the body’s immune system defences.

Other alterations make it similar to the UK ‘Kent’ variant that experts say is more contagious than the original version of coronavirus that started the pandemic.

The concern is that the virus is changing in ways that could let it easily spread and escape from the vaccines that we already have to fight Covid.

Current ones were designed around earlier versions of coronavirus, but scientists believe they should still work against the new variants being seen now, although perhaps not quite as well.

Prof Gupta and colleagues have been running tests in the lab and say mutations like E484K do represent a threat to vaccines.

Scientists are already working on new vaccines that are a better match for new variants, in case they are needed ahead of next winter.

Prof Andrew Hayward, an expert in epidemiology at University College London, said: “Fortunately, it doesn’t seem to be spreading any faster than other strains and it’s still at very, very low levels.

“With all of these variants, we really need to be keeping a very close eye on them because we don’t know what they will do.”