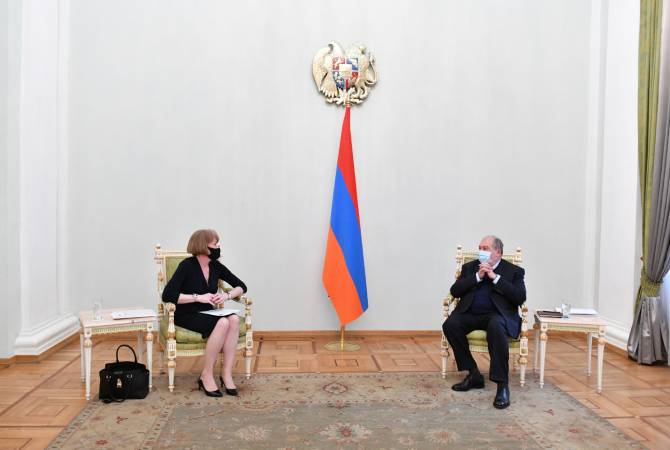 As ARMENPRESS was informed from the press service of the President’s Office, welcoming the working visit of the British Minister to Armenia, President Sarkissian noted that the two countries have a great potential for developing partnership.

The sides referred to the post-war situation in Artsakh and addressed regional security and stability issues. The sides highlighted the role of the OSCE Minsk Group Co-chairs’ role for the final and lasting settlement of Nagorno Karabakh conflict. Among several priority issues, including those of humanitarian nature, President Sarkissian assessed the issue of undelayed return of Armenian POWs and other detainees by Azerbaijan of key importance. The President also referred to the protection of the Armenian historical heritage in the territories that have appeared under Azerbaijani control.

During the meeting the sides also discussed COVID-19 situation and the cooperation between the two countries for the prevention of the spread of the virus. The Armenian President and the British Minister assessed the cooperation in the spheres of IT and high technologies, AI, health, science, education and energy as promising.