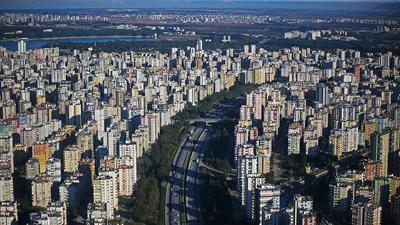 The residential price index increased by 1.7 percent in December 2020 from the previous month, data from the Central Bank have shown.

On an annual basis, house prices across Turkey rose by 30.3 percent in the month in nominal terms, while in real terms, the increase was 13.7 percent, the bank said yesterday.

The price index for new dwellings exhibited a 32 percent increase on an annual basis in the final month of 2020 while the index for existing units rose by 30.2 percent from a year earlier.

In Istanbul, the country’s most populous city, house prices increased nearly 28 percent in December last year from a year earlier while the property market in the capital Ankara saw an annual increase of 30.2 percent in house prices. In İzmir, Turkey’s third largest city, prices were up 29.4 percent year on year.

A total of 1.5 million housing units were sold in Turkey last year, according to data from the country’s statistics institute (TÜİK).

In December alone, however, home sales fell 48 percent on an annual basis to 106,000. In the month, mortgage-financed property sales dropped 71 percent to 15,000.

TÜİK reported earlier this week that house sales declined 38 percent year on year to around 71,000 units in January.

The reported transaction volume from the sales of those properties amounted to 502 billion liras.

Istanbul captured the lion’s shares in real estate sales at 383,000 units, which generated some 158 billion liras.