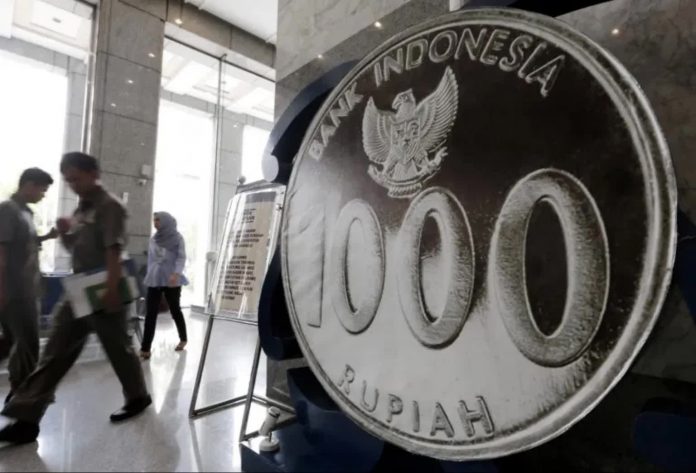 JAKARTA – Chief executive candidates for Indonesia’s new sovereign wealth fund found themselves in a screening process hot seat when questioned how they would prevent a replay of Malaysia’s multibillion-dollar 1MDB scandal.

“We were fully aware of the Malaysian experience in our design of the fund and not to make the same mistakes,” said Finance Minister Sri Mulyani Indrawati only days before she and her four-person supervisory board chose respected Bank Permata president Ridha Wirakusumah for the job.

Governance will be crucial, but it is not the only issue. The widespread skepticism that has greeted the fund also stems from complaints that the government should have prioritized fundamental economic reforms before handing out what one critic harshly calls a “begging bowl.”

Along with the Indonesia Investment Authority (LPI), as the new fund administrator is known, many if not all of those reforms are mandated in the ambitious Job Creation Omnibus Law, which passed Parliament last October amid spirited protests from labor unions.

President Joko Widodo is expected to sign the last of the legislation’s implementing regulations this week in what is being heralded as an historic effort to transform the business landscape and clear away obstacles foreign investors have long lamented.

Indonesia’s efforts to raise as much as US$20 billion for infrastructure development outside the national budget is vastly different from most sovereign wealth funds in the way it will function as a supposedly independent asset management holding company for state-owned enterprises (SOEs) under its umbrella.

But its objectives go much deeper. While it is moving cautiously, the Widodo government clearly sees a chance to use the LPI to reform SOEs, acutely aware it will face stiff opposition from bureaucrats and politically wired interest groups that have long used them as cash cows.

In a recent interview, Indonesia’s chief investment minister Luhut Panjaitan underscored the importance of changing how SOEs are run, reflecting the president’s well-known impatience with a civil service that fails to deliver on government programs.

His reference to a backdoor listing is particularly telling when publicly-listed state enterprises like Bank Mandiri, PT Telkom and toll-road operator PT Jasa Marga are performing better than any of their counterparts in the government stable.

Instead of foreigners struggling to deal with an obstructive bureaucracy, the LPI concept will conceivably pit civil servants against Indonesian professionals – insiders who are better placed to change cultures and practices that have cost the country billions in graft and wastage.

Enthusing over what she called a “constructive” engagement with a normally problematic Parliament, Finance Minister Indrawati said last week that maximizing the value of state assets required picking the “right people and the right framework” to work with global financiers.

Until now, the government has been relying on debt to finance the biggest surge in infrastructure building in Indonesia’s history. But that has become increasingly untenable with government debt last year reaching $420 billion, bumping it to 36.6% of GDP.

The government’s debt position has deteriorated mostly due to a pandemic-weakened economy and the need for additional financing to pay for the Covid-19 emergency, including a vaccination program and to provide incentives to launch an economic recovery in the months ahead.

The government announced last week that the economy contracted 2.07% year-on-year in 2020. It was the first time it has gone backwards since the 1997-98 financial crisis, though the fourth quarter showed improvement over the previous two quarters and January’s provisional figure is close to zero.

With Indonesia’s Transparency International (TI) rating falling for the first time since Widodo took power in 2014, the success of the LPI fund will depend heavily on an airtight management system and on Wirakusumah himself, fresh from overseeing Bank Permata’s recent sale to Bangkok Bank.

It is understood the 57-year-old banker, an Ohio University graduate with broad regional connections, was called to Widodo’s office well ahead of his appointment’s February 16 announcement and asked to form a team to prepare for the rollout.

Indrawati, State Enterprise Minister Erick Thohir and three parliamentary-appointed supervisors will continue to oversee the management of the fund through hand-picked committees responsible for auditing, ethics and human resources.

In general, critics are encouraged by the caliber of the people who have been linked to the fund, all of them acknowledged professionals with sound track records and, more importantly, the integrity required to ward off political interference.

When he first discussed the venture with Widodo early last year, the then-head of the US government’s US International Development Finance Corporation (IDFC), Adam Boehler, warned that LPI projects had to be financially viable, follow high social and environmental standards, and promote inclusive economic growth.

The IDFC was created in December 2019 to provide and facilitate development financing of private development projects in lower and middle-income countries with an overall lending capacity of US$60 billion.

Under LPI regulations, $2 billion in seed money for the fund will come from Indonesia’s state budget and another $3 billion or more from the sale of shares in SOEs and other state assets, which will allow the fund a seat on their boards.

Indonesia has already secured a significant commitment from the United Arab Emirates, part of a $22.8 billion investment package announced in January, and tentative pledges of $4 billion from Japan’s SoftBank, $2 billion from the IDFC and other offers from Dutch pension fund APG ($1.5 billion) and Canada’s Caisse de depot et placement du Quebec ($2 billion).

Conspicuously absent from among the potential investors is China, but Panjaitan and other senior officials are well aware of criticism over Beijing’s growing role in the economy and the danger of a debt trap that might come with it.

Fast out of the blocks, Chinese companies are already spending heavily on three nickel processing centers in eastern Indonesia, which will form the foundation of an ambitious multinational lithium battery-electric car industry.

Also under construction is the Chinese-funded $5.9 billion Jakarta-Bandung fast-rail link, now scheduled for completion next year. The signature undertaking is 40% owned by China Railway International.

But Belt and Road Initiative (BRI) projects planned for North Sumatra, North Kalimantan, North Sulawesi and Bali, collectively known as the Regional Comprehensive Economic Corridor, have slowed to a crawl because of the Covid-19 pandemic and its economic fallout.

There is no specific limitation on what sectors the LPI can lend, but it will manage a general fund as well as several “thematic” funds initially focused on infrastructure, with plans to move to healthcare, tourism and digital technology.

A presidential regulation last year noted 22 toll road projects that could be funded through the LPI, including the signature $33 billion, 2,765-kilometer trans-Sumatra Highway now being built by state-owned PT Hutama Karya, which Widodo wants completed by the end of his term in 2024.

Hutama Karya’s monopoly over the project dispenses with time-consuming regulatory, land acquisition and tendering processes, but has led to criticism from private sector interests who feel they are being frozen out of the infrastructure program.

Although there is general agreement the concept needs more clarity, many in the financial community are deeply skeptical over how the LPI fund will work and feel that most of its potential investors are only looking for political influence.

Some of that criticism might dissipate if more interest is shown by private investment houses like Macquarie Capital, which has reportedly pledged $300 million to the fund. Says one financier: “If they can get something like that, then it is a big marker for the market.”

The Quebec fund’s involvement also provides some comfort, following in the footsteps of the Canada Pension Plan Investment Board (CPPIB), the new owner of a 45% stake in a 117-kilometer stretch of the trans-Java toll road between Jakarta and Surabaya.

“If we start seeing small amounts from responsible institutions coming in and directed at small projects, then things could start to look promising,” one Jakarta-based analyst told Asia Times. “But it is going to take time.”

Banking sources expect even the larger overseas investments to filter in over time, rather than in lump sums. But they still question the lack of a clear road map showing how a prospective investor is paid out at the end of a typical seven-year lockup.

Although joint-investment structures mean third parties can regard the LPI as an equal partner, analysts note there are restrictions in some areas that require it to have majority ownership and to assume the role of business decision-maker.

Panjaitan says the experienced Abu Dhabi Wealth Authority (ADIA), which manages vast oil reserves, will have an advisory role in administering the Indonesian fund under provisions that allow the LPI to appoint external investment managers.

The ADIA package was finalized at a meeting between Widodo and UAE Crown Prince Mohammad Bin Zayed Al Nahyan in Abu Dhabi last October, but Indonesian officials could not say how much UAE capital is destined for the LPI.

Apart from external managers, the LPI can form its own fund or invest in funds established inside or outside Indonesia by other parties. It can also incur debt to finance its activities, issuing debt instruments that can be subscribed by third parties.

The 41-year-old businessman jumped before he was pushed, calling Panjaitan from the Montana ski-fields to tell him he had stepped down.

It may be some months before how much will be forthcoming from the IDFC. One US financial expert explains that IDFC’s equity investments are limited to 30% of an individual project, or a total limit of 35% of its total investment exposure.

Under legislation passed in 2018, equity investments are required to be scored on a 1:1 cash basis for the federal budget, meaning that $100 of equity is booked as if it was a $100 grant out of the international affairs budget.

That results, he says, in very little “headroom” for equity investments. In the 2020 fiscal year, for example, the IDFC had a maximum equity authority of only $120 million, which has been increased to $450 million in FY 2021.

That suggests the $2 billion cited for the new Indonesia fund is likely only an indicative figure, with the corporation’s anticipated exposure to Indonesia likely confined to smaller individual project equity investments and/or loan guarantees.