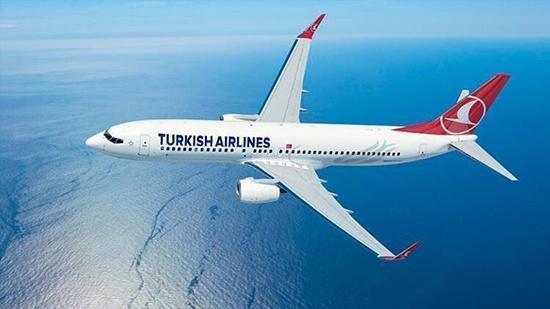 Turkey’s flag carrier Turkish Airlines ranked first in Europe in terms of the daily number of flights between Feb. 8 and Feb. 15, according to data from the European Organization for Air Navigation Safety (Eurocontrol).

Turkish Airlines operated on average 592 flights a day in the said period, while Turkey’s low-cost carrier Pegasus came in third in the list at 263 flights.

Last year, Turkish Airlines ranked second in Europe at an average of 626 daily flights, while in the previous year claimed the fourth spot at 1,331 daily flights.

The decline in the number of flights reflected the adverse impact of the COVID-19 pandemic on the global air travel and tourism industries.

For instance, the number of air passengers in Turkey, including transit passengers, declined 63 percent on an annual basis to 5.2 million this January, the country’s airport authority, DHMİ, reported earlier this month.

The number of domestic passengers slipped 57 percent year on year to 3.4 million, while 1.8 million passengers took international flights, down 70 percent from a year earlier, during the same period.

Istanbul Airport, the country’s largest, welcomed 1.7 million passengers on both international and domestic routes and served over 15,074 airplanes.

In the first month of the year, Turkish airports served 73,734 planes including overflights, down from 145,000 planes in January 2020.