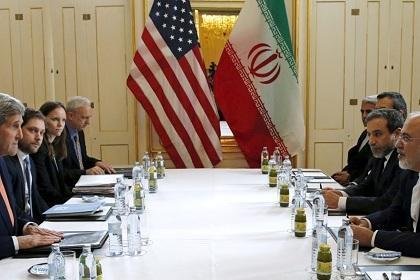 Three European nations will hold talks with the US over Iran on Thursday as they try to salvage a 2015 deal on Tehran’s nuclear programme, France has said.

The European ministers want to revive the nuclear deal that former US president Donald Trump walked away from in 2018.

The administration of Trump’s successor Joe Biden has said it could rejoin if Tehran returns to compliance with the deal.

“The meeting will focus on Iran and regional security in the Middle East, as part of their regular discussions on these topics,” the French statement said.

Analysts have said that only a small window of opportunity remains to save the deal and world powers will have to act fast.

The West is concerned that violations of the accord mean Iran is moving faster towards having the “breakout” capacity for building an atomic bomb, while Iranian presidential elections in June add a major risk factor.

The Joint Comprehensive Plan of Action (JCPOA) was based on Iran providing safeguards that it would not make an atomic bomb, in exchange for a gradual easing of international sanctions.

But the return of sanctions after Trump left the deal prompted Tehran to retaliate by intensifying its nuclear work in repeated violation of the deal.

The UN nuclear watchdog said last week Iran had started producing uranium metal in a new violation of the accord, prompting the European powers to warn Tehran risks losing the chance of seeing the full benefits of the deal.

“In escalating its non-compliance, Iran is undermining the opportunity for renewed diplomacy to fully realise the objectives of the JCPOA,” the three powers said last week.

Meanwhile, Iran told the agency it was planning to “stop implementing voluntary transparency measures” agreed as part of the nuclear deal from February 23.

President Hassan Rouhani said on Wednesday that Iran was ready to hold talks with the UN nuclear watchdog chief on the issue.