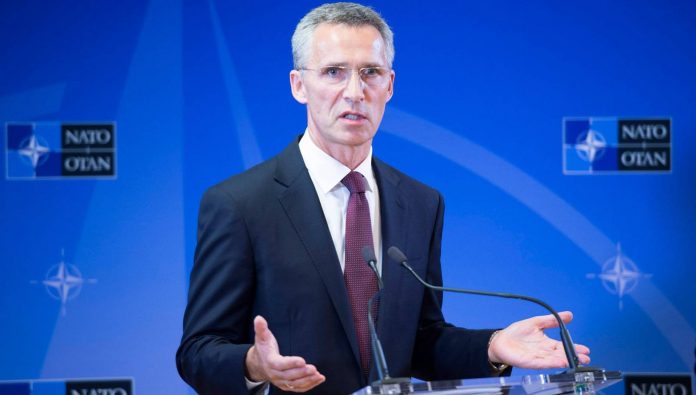 “I would like to express my condolences to Turkey for the killing of Turkish citizens in Northern Iraq,” Stoltenberg said at a news conference following the virtual meeting of NATO defense ministers.

“I condemn with the strongest terms those responsible,” he added.

Stoltenberg said that the ministers had discussed the unfortunate events in the meeting. “Allies stand in solidarity with the people of Turkey,” he added.

Asked about the tensions between Turkey and Greece over the Mediterranean in the summer, he said Turkey is “an important ally of the NATO” and applauded the country’s effort in the military alliance’s campaign against Daesh/ISIS terror group.

“Turkey is the NATO ally that has suffered the most and the highest number of terror attacks,” the head of the alliance said, adding the country also hosts millions of refugees.

“There is no reason to hide that there are differences and disagreements,” Stoltenberg said, explaining that NATO is the platform to raise issues and to find positive approaches.

The deconfliction mechanism between Turkish and Greek military experts was put in place for this purpose, he stressed.

On Sunday, Turkish Defense Minister Hulusi Akar revealed that the bodies of 13 Turkish citizens were found during a counter-terrorism operation in northern Iraq.

Turkish forces started the operation on Feb. 10 to prevent the PKK and other terror groups from re-establishing positions used to carry out cross-border terror attacks on Turkey.

Operations Claw-Tiger and Claw-Eagle were launched last June to ensure the safety of Turkey’s people and borders.

In its more than 30-year terror campaign against Turkey, the PKK — listed as a terrorist organization by Turkey, the U.S., and the EU — has been responsible for the deaths of 40,000 people, including women, children, and infants.