Rights defenders condemned a “mockery of justice” after a Lebanese court Thursday removed the judge leading a probe into the massive blast at Beirut’s port last August.

Lebanese authorities have come under increasing pressure to provide answers over the August 4 explosion of hundreds of tons of ammonium nitrate on the dockside that killed more that 200 people, injured thousands and ravaged large parts of the capital.

But Fadi Sawwan’s removal, after two former ministers he had charged with negligence in the case filed a complaint, risks bringing the whole investigation back to square one.

On Thursday, “the Cassation Court decided to transfer the investigation… from Sawwan to another judge,” a judicial source said.

The court ruling found in favor of the plaintiffs who had questioned the judge’s impartiality in view of his home having been damaged in the explosion, the source said.

Rights activists condemned Thursday’s ruling as the latest example of an entrenched political class placing itself above the law.

Sawwan’s removal “makes a mockery of justice and is an insult to the victims of the blast,” Human Rights Watch researcher Aya Majzoub said.

The ruling showed “politicians are not subject to the rule of law,” she added.

Premier-designate Saad Hariri and Hizbullah were among those to oppose the indictment.

Among those charged were former finance minister Ali Hassan Khalil and ex-public works minister Ghazi Zoaiter, who accused Sawwan of violating the constitution on the grounds of immunity and moved to have him removed from the case.

Majzoub said: “More than six months later, we are back to square one.”

“This charade needs to end… We need an international, independent investigation as soon as possible.”

Lawyer and activist Nizar Saghieh said he needed to see the full court decision, but feared the worst.

“By refusing to be held accountable, the ministers and political class are drawing a red line in the investigation,” he told AFP.

He said it was a typical pattern in Lebanon that “prevents any justice from being achieved.”

The probe into Lebanon’s worst peace-time disaster has led to the detention of 25 people, from maintenance workers to the port’s customs director, but not a single politician.

It has focused mainly on who was to blame for the fertilizer being left to languish unsafely at the port for more than six years, not how the ammonium nitrate ended up in Beirut.

On Monday, however, Sawwan requested information from Lebanese security forces on three Syrian businessman thought to be behind the procurement of the fertilizer shipment that arrived on a dilapidated ship from Georgia in 2013. 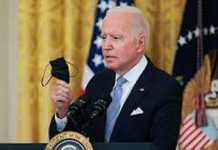 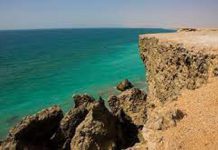 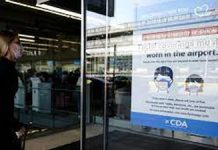