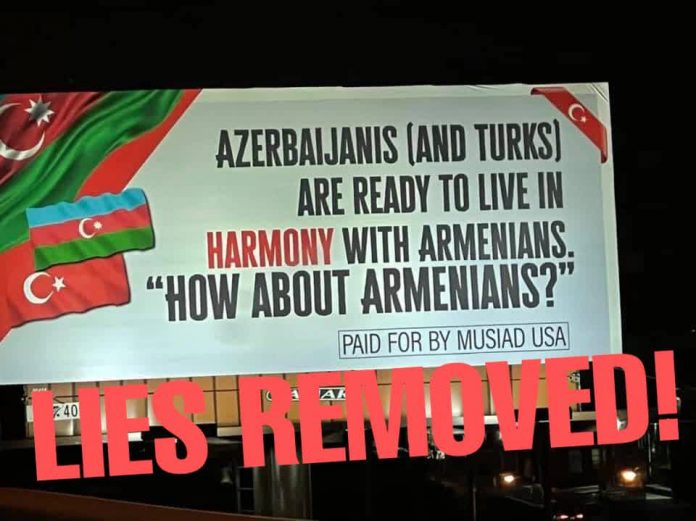 The Philadelphia community succeeded in the removal of an Azerbaijani billboard spreading misinformation, reports the Armenian National Committee of Pennsylvania.

Lamar Advertising, the company that owns the billboard space, confirmed the ad was removed.

The ad was purchased by MUSIAD USA, a Turkish organization.

The positive outcome is a testament to the Armenian community in Philadelphia and its ability to stand united against acts of hate and any attempts at distorting history. Armenia has and will always want peace.