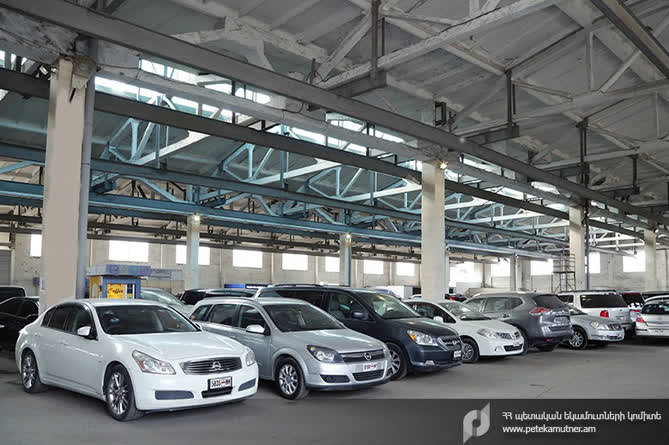 YEREVAN, February 19. /ARKA/. A total of 7,300 vehicles were imported to Armenia in 2020, mainly from the USA, down from 189,000 imported in 2019, Mnatsakan Sharafyan, a senior official at the State Revenue Committee, told a news conference today.

After Armenia joined the Russian-led Eurasian Economic Union in 2015, it had to apply higher import duties in line with EEU regulations. It was granted temporary exemption from higher customs duties for around 800 types of goods until January 1, 2020. The tariff increase was particularly sharp for the import of second-hand cars from other than EEU countries.

Armenian car imports were growing rapidly in the last few years amid strong demand from not only local residents but also buyers from Russian and Kazakhstan, where used cars were more expensive because of the higher EEU tariffs.

According to Mnatsakan Sharafyan, when it emerged that the huge number of imported cars ordered in the summer of 2019 would not manage to go through customs clearance by the end of 2019 and their owners would have to pay higher customs duties, the government introduced the system of preliminary customs declaration.

Importers were given the opportunity to submit customs declarations for imported cars that did not yet reach Armenia and pay lower customs duties. Some 3,800 used cars were taxed by that system.-0