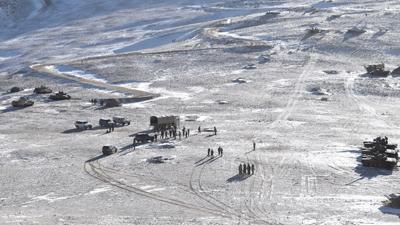 The Chinese military has officially acknowledged the casualties it suffered during the deadly border clash with India’s troops last June, revealing that four soldiers were killed and one badly wounded during the incident.

The casualties were revealed in a lengthy article revisiting the incident in the western Himalayas that was published by the official newspaper of the Chinese military, the People’s Liberation Army (PLA) Daily on Friday.

The piece names five soldiers and officers, of which four died and one was seriously injured. It gives the Chinese perspective of the border clash, pinning the blame for it squarely on India, and stating that it was “foreign military” that ambushed the Chinese unit. The opposing force attacked the Chinese troops with “steel pipes, clubs, and stones”, yet was ultimately forced to flee, the article reads.

The article nonetheless struck a somewhat conciliatory tone, as it did not explicitly name the Indian Army, instead referring to the perpetrators as “foreign military,” and focused primarily on praising China’s own soldiers and their actions in defending their homeland.

According to the official Indian account of the incident, 20 of India’s soldiers were killed during the clash. While China remained tight-lipped about its own toll for months, the Indian media claimed Beijing had suffered more casualties than its opponent during the clash.

China’s silence on the extent of its casualties was finally broken when the two countries reached a disengagement agreement and began to pull back their respective troops at the disputed border, officially known as the Line of Actual Control.

The bitter standoff between the two nations had lasted for nearly a year, from last April, when New Delhi accused Beijing of advancing its troops along the de facto border and actively constructing new infrastructure. However, China has consistently denied such claims, insisting all the activities it conducted took place solely on its own territory, and instead pinned the blame for the tensions on India.