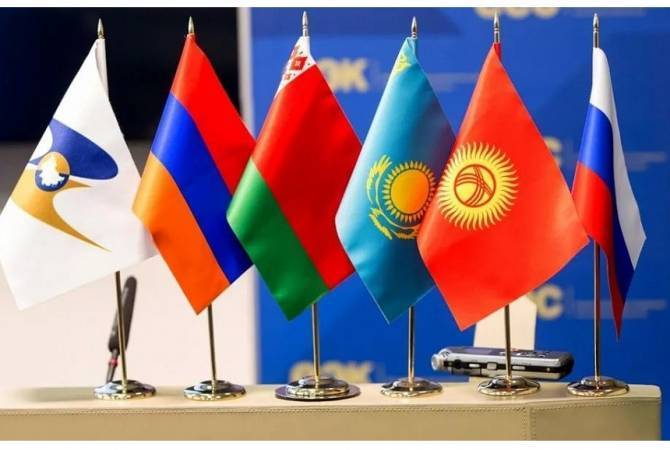 YEREVAN, FEBRUARY 20, ARMENPRESS. Armenia has come up with a number of successful initiatives in the Eurasian Economic Union (EAEU) especially during the COVID-19 pandemic, contributing to the customs-free import of medical equipment, essential foodstuffs to the Union’s member states at the pandemic’s severe period. Another initiative is the pilot project on mutual recognition of COVID-19 tests, Deputy minister of economy Varos Simonyan said in an interview to ARMENPRESS.

“Armenia’s recent initiative in the EAEU is the I Am Travelling Without COVID-19 pilot project of the Eurasian Development Bank, within the frames of which a digital app has been created and the terms have been set according to which the laboratories can provide the PCR tests. Thus, we have solved the problem of people’s free movement, as well as another one important issue – the results provided by our laboratories are recognized by Russia”, he said, adding that Belarus and Kazakhstan have also joined this project.

The project will contribute to the free movement of people in the EAEU territory amid the pandemic, with as little risk as possible.

In the early period of the spread of COVID-19 Armenia has proposed to abolish customs duties for the import of medical equipment, some food products for a 6-month term. “It was also welcomed by the EAEU member states. As of late March the customs duties for the import of medical devices and some medicines have already been abolished until September, but the term has been extended to May. However, according to the amended decision, the previous 60 products were changed to 30”, the deputy minister said, adding that the list includes those products the local production capacities of which are still not sufficient.

Armenia has also initiated the Green Corridors program for the EAEU states, which envisages facilitated checking mechanisms while transporting goods from one country to another. “In our case, this program was very necessary because in order to enter into the market of a EAEU state we have to pass through the territory of a third country”, he said.

Full version of the interview is available in Armenian.