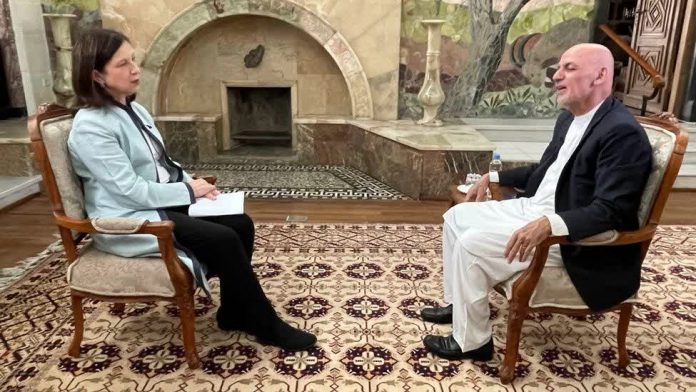 https://www.bbc.com/-image captionAshraf Ghani spoke to the BBC’s Lyse Doucet at the Presidential Palace in Kabul

Afghanistan’s president says there is a “window of opportunity to accelerate the peace process” following Nato’s announcement that it has made no final decision on withdrawing troops.

Ashraf Ghani made the comments in an exclusive interview with the BBC.

The Nato military alliance has close to 10,000 troops in the war-torn country. Under a US-Taliban deal, they were due to be withdrawn by May, after 20 years.

But there are concerns that Taliban violence could intensify.

Mr Ghani told the BBC’s Lyse Doucet that Nato’s announcement provided an opportunity for “all parties to the conflict to recalculate and reach a conclusion that we’ve long reached, that use of force is not the solution”.

“We must reach a political settlement,” he said.

He added that there needed to be a “concerted effort” internationally “to send signals that certain types of behaviour are unacceptable”.

The Afghan president would not be drawn on how many foreign troops were needed, or for how long, saying it “depends on the intensity of the war”.

US President Joe Biden is currently reviewing the deal struck by his predecessor. While most foreign troops now in Afghanistan are not US forces, the Nato operation could find it hard to continue if American support was withdrawn.

The current US presence in Afghanistan dates back to 2001 when soldiers invaded to remove the Taliban from power, following the 9/11 terrorist attacks. But the movement regrouped and by 2018 was active in more than two-thirds of the country, threatening the elected government.

Mr Ghani, who was shut out of the US-Taliban deal, told the BBC he was “delighted” with his relationship with the new US administration, and a new “coherence” among the international community’s approach to Afghanistan’s future.

“The force of coherence is what I’m counting on to avoid the tragedies. There’s so many fears of collapse into civil war,” he said, acknowledging that both sides were preparing for warfare.

But he dismissed fears of a Taliban military victory. “This is not Vietnam. The government is not collapsing.”

His comments came amid stalled peace talks between the two sides and high levels of violence in the country.

But Mr Ghani still said the context was “one of hope, not one of despair”.

The Afghan leader is now facing growing calls for an interim government to bring the Taliban into power and avoid a descent into chaos and a possible civil war.

He said his five-year term mattered less than peace, but insisted “the future will be determined by the people of Afghanistan, not by somebody sitting behind the desk, dreaming”.

He said hard decisions and sacrifices lie ahead on all sides in a year where peace would be won or lost.

“From our side, we have a sense of urgency, we’re willing to make the hard decisions, and there are going to be hard decisions required. Forty years of violence in this country is enough,” he said.

There’s a new confidence in the heavily fortified palace.

After years when President Trump’s team seemed to send signals that the Taliban were worthier partners than the government, President Ghani feels he’s now being listened to. But “be ready to pay a price” is also the warning conveyed to Kabul by a Washington which still doesn’t want to stay a day longer than necessary.

That price could include President Ghani’s five-year term and he seems to know that. But he’s still insisting on elections – despite their tarnished history here.

His allies and enemies have other ideas on how to move more quickly towards a power-sharing arrangement. Some express cautious optimism a deal could be done in months. Others, including President Ghani, may believe gaps are too big to bridge so they’re preparing for a hard fight.

Whatever the change in mood, beyond palace walls Afghans are still losing their lives, day in day out. 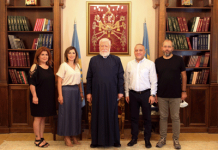