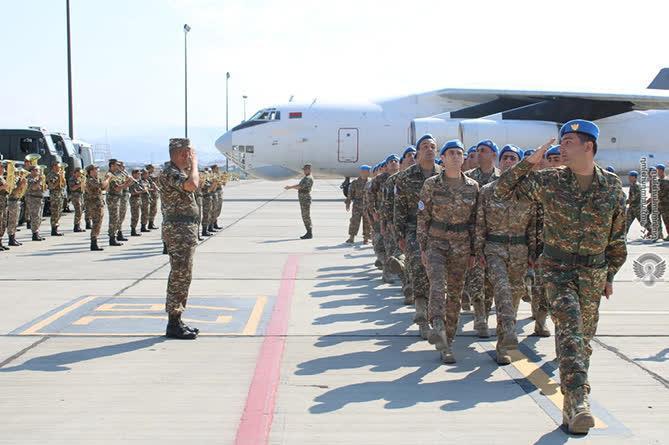 YEREVAN, February 22. / ARKA / Armenia has reduced the number of its peacekeeping troops in the NATO-led missions in Afghanistan and Kosovo, Armenian Defense Minister Vagharshak Harutyunyan said in an interview with Russian RIA Novosti news agency.

“During the hostilities in the Nagorno-Karabakh conflict zone, we significantly cut the number of our peacekeeping contingent in Afghanistan from 121 to 58 troops and from 40 to 2 in Kosovo,” he said.

Regarding the humanitarian mission in Syria, he noted that Armenia will continue its mission there “because the Syrian people today are at the forefront of countering global terrorism, and it is our duty, especially that there is a thousands-strong Armenian diaspora in that country. ”

‘Our humanitarian mission, based on close cooperation with the Russian military, will certainly continue in Syria, and I must note that even after the Azerbaijani aggression against Artsakh in autumn last year, we did not suspend our peacekeeping activity in Syria,” he said.

Harutyunyan said also that Armenia is also involved in the  United Nations Interim Force in Lebanon.(UNIFIL) with 33 troops, and has also one serviceman in the United Nations Multidimensional Integrated Stabilization Mission in Mali (MINUSMA).

In early February 2019, the Armenian Ministry of Defense announced the dispatch of the first group of 83 Armenian specialists to Syria, comprising humanitarian demining and medical personnel.

‘Concerns about how dark his skin might be’: Meghan drops racism bombshell on why UK royals didn’t want her son to be prince