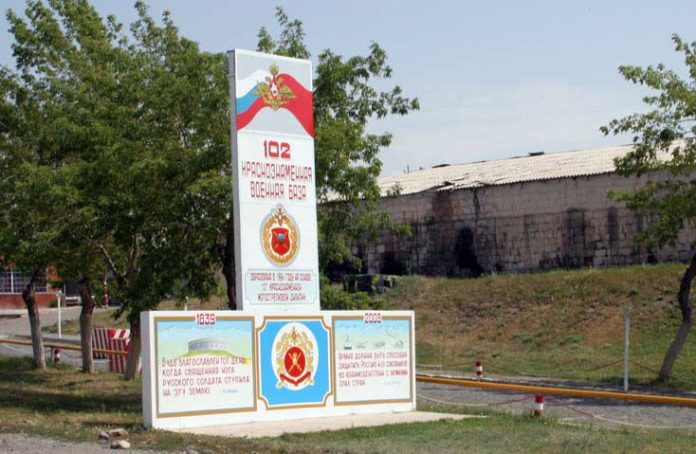 Armenia is interested in the expansion of the 102nd Russian military base in the city of Gyumri, Armenian Defense Minister Vagharshak Harutyunyan told RIA Novosti.

“The issue of expanding and strengthening the Russian military base on the territory of the Republic of Armenia has also been on the agenda. And the Armenian side has always been interested in this for a simple reason that the base is included at full strength in the United Group of Forces of the Armenian and Russian armed forces. And, therefore, the expansion of the base’s capacities automatically leads to the increase of the joint group’s potential that operates on a bilateral basis in the Caucasus region of the collective security,” the Minister said.

According to him, “the leadership of the Russian Defense Ministry took into account the existing military and political realities in the region and made the right steps towards strengthening and re-equipping the base.” “And I am sure that this process will be long-term,” said Harutyunyan.

he added that there is no urgent need for establishing a second Russian military base in Armenia.

The minister added that Russia and Armenia considered the relocation of some unit from the Russian base further to the east of Armenia.

Russia’s 102nd base of the southern military district has been stationed in Armenia since 1995. In 2010, Moscow and Yerevan signed an agreement on the extension of Moscow’s lease of the military facility until 2044.