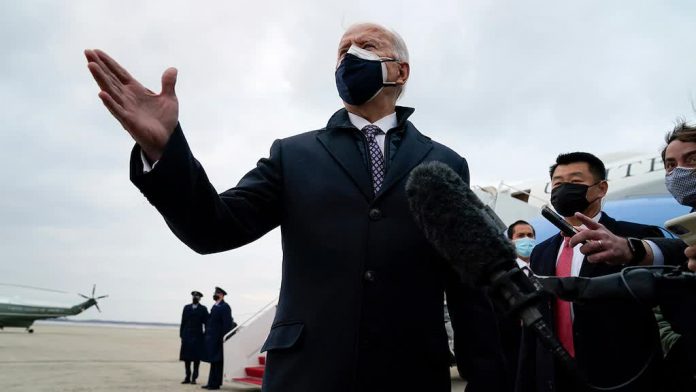 Biden has been caught bragging about other arrests that turned out not to be true.

In a 2007 appearance on David Letterman, then-Sen. Joe Biden, D-Del., claimed he was arrested at the U.S. Capitol when he was 21 years old.

Letterman asked Biden what it was like to walk into the U.S. Senate chamber after being elected at the age of 29.

Biden said he had actually walked into the Senate chamber when he was 21 and got arrested.

Recounting the details of the arrest – which apparently happened on a Saturday – Biden said had been visiting some friends at Georgetown University, and decided to visit Washington because he “was fascinated with the Senate.”

“In those days, no guards stopping you everywhere. And they just got out of session. I walked in the back, all of the sudden I found myself in the chamber. I was stunned. I walked up, sat down in the presiding officer’s seat, guy grabbed by the shoulder, said: ‘you’re under arrest,’” Biden said.

“Literally nine years later, as I walked onto the Senate floor through the same door, that same guy, cop, said to me, ‘Senator, you remember me?’ I said, ‘geez, I don’t.’ He said, ‘I arrested you nine years ago…welcome back.’

It was unclear whether or the nation’s 46th president was indeed arrested at the age of 21. But Biden has been caught bragging about other arrests that turned out not to be true.

Most notably, Biden once claimed he was arrested while trying to visit Nelson Mandela in South Africa during the apartheid era. He later backtracked saying that by “arrested,” he meant he was “not able to move.”

“(The) cops would not let me go with them and told me to stay where I was. I guess I wasn’t arrested, I was stopped, I was not able to move where I wanted to go,” Biden said on CNN.