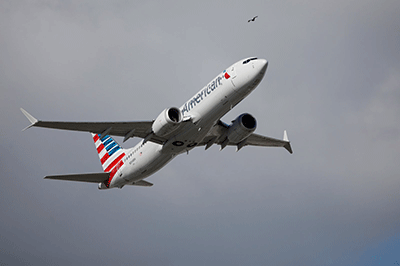 (Reuters) – Boeing Co urged airlines to suspend the use of 777 jets with the same type of engine that shed debris over Denver at the weekend after U.S. regulators announced extra inspections and Japan suspended their use while considering further action.

United said the next day it would voluntarily and temporarily remove its 24 active planes, hours before Boeing’s announcement.

Boeing said 69 of the 777 planes with PW4000 engines were in service and 59 were stored, at a time when airlines have grounded planes due to a plunge in demand associated with the COVID-19 pandemic.

It falls short of a mandatory global grounding but is another headache for the plane maker after its 737 MAX crisis and comes after criticism of U.S. Federal Aviation Administration (FAA) oversight regarding the 737 MAX.

The 777-200s and 777-300s affected are older and less fuel efficient than newer models and are currently being flown by just five airlines – United, Japan Airlines Co Ltd (JAL), ANA Holdings Inc, Asiana Airlines Inc and Korean Air Lines Co Ltd. Most of them are phasing them out of their fleets.

The problem concerns Pratt & Whitney, one of three engine makers originally involved in the 777, whose engines power less than 10% of the delivered fleet of more than 1,600 planes.

The National Transportation Safety Board (NTSB) said its initial examination of the 26-year-old plane indicated most of the damage was confined to the right engine, with only minor damage to the airplane.

It said the inlet and casing separated from the engine and two fan blades were fractured, while the other fan blades exhibited damage.

Pratt & Whitney, owned by Raytheon Technologies Corp, said it was coordinating with operators and regulators to support a revised inspection interval for the engines.

Japan’s transport ministry ordered JAL and ANA Holdings to suspend their use while it considered whether to take additional measures, acting before the FAA.

An official at South Korea’s transport ministry said it was waiting for formal action by the FAA before giving a directive to its airlines. The U.S. agency said it would soon issue an emergency airworthiness directive.

“Based on the initial information, we concluded that the inspection interval should be stepped up for the hollow fan blades that are unique to this model of engine, used solely on Boeing 777 airplanes,” the FAA said.

Japan’s transport ministry said that on Dec. 4, 2020, a JAL flight from Naha Airport to Tokyo returned to Naha due to a malfunction in the left engine.

Its Transport Safety Board said on Dec. 28 that it had found two of the left engine’s fan blades were damaged, one from a crack due to metal fatigue. The investigation is ongoing.

FILE PHOTO: United Airlines flight UA328, carrying 231 passengers and 10 crew on board, returns to Denver International Airport with its starboard engine on fire after it called a Mayday alert, over Denver, Colorado, U.S. February 20, 2021. Hayden Smith/@speedbird5280/Handout via REUTERS/File Photo

Japan said ANA operated 19 of the type and JAL operated 13, though the airlines said their use had been reduced during the pandemic. JAL said its fleet was due for retirement by March 2022.

Korean Air – which has 16 of the planes, 10 of them stored – said it will follow the relevant authorities’ directives on any measures.

The Dutch Safety Board said on Monday it was investigating what had caused a Boeing 747-400 to lose parts of a different type of PW4000 engine shortly after taking off from Maastricht airport on Saturday.

The European Union Aviation Safety Agency meanwhile said it was requesting information on the cause to determine what action was needed.

In February 2018, a 777 of the same age operated by United suffered an engine failure when a cowling fell off about 30 minutes before the plane landed safely. The NTSB determined that incident was the result of a full-length fan blade fracture.

Reporting by Jamie Freed in Sydney and David Shepardson in Washington; additional reporting by Eimi Yamamitsu and Maki Shiraki in Tokyo, Joyce Lee in Seoul and Tim Hepher in Paris; Editing by Sam Holmes, Christopher Cushing and Emelia Sithole-Matarise