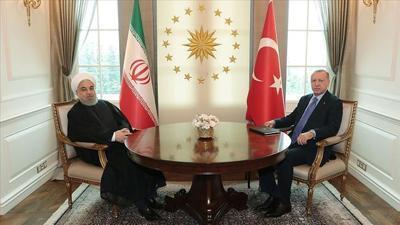 The two leaders discussed steps to improve Turkey-Iran cooperation in economy, transportation, security, and other areas.

Erdoğan also reiterated the will to boost Turkey-Iran relations.

Expressing the wish that the new U.S. administration abandons unilateral sanctions against Iran and remove unjust obstacles in the welfare of Iranians, Erdoğan said that statements made in the last few days on the subject have opened a new window of opportunity.

The Turkish president said that it is the most reasonable course of action for all parties to revive the 2015 nuclear deal, officially known as the Joint Comprehensive Plan of Action.

It is important to keep the door of dialogue open despite all difficulties, he added.