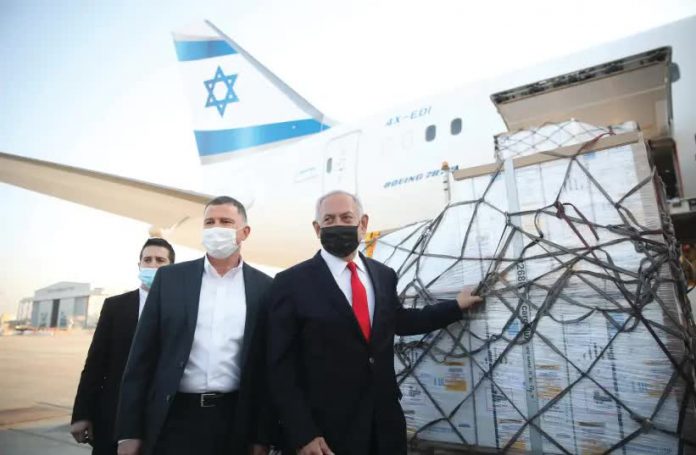 According to a senior health fund official, the Pfizer deal was for 10 million vaccines – enough to inoculate 5 million people.

The Health Ministry on Sunday warned health funds that the delivery of Pfizer vaccines to Israel is coming to an end and that they should prepare to distribute Moderna vaccines beginning sometime next month, The Jerusalem Post has learned.
According to a senior health fund official, the Pfizer deal was for 10 million vaccines, or enough to inoculate five million people. As such, in about two weeks, the health funds will use up their Pfizer supply.
Israel received a shipment of around 100,000 Moderna vaccine doses earlier this year, and another shipment from Moderna will start arriving in Israel in the middle of March, the official told the Post.
The official was unsure how many doses were expected to come.
As of Sunday morning, around 4,300,000 people had been vaccinated, including close to 3,000,000 who have also received their second vaccination, Health Minister Yuli Edelstein reported.
In addition, almost 700,000 people have already recovered from the virus.
That leaves around 1,650,000 more eligible Israelis who might want to get vaccinated, which would require 3,300,000 doses, almost two million more than the approximately 1,400,000 doses remaining. In other words, close to a million people would be unable to receive the Pfizer vaccine.
The government is reportedly working to secure the additional doses. Otherwise, it will begin giving out the Moderna vaccine as needed.
Pfizer CEO Albert Bourla is expected to arrive in the country on March 8, Channel 12 reported. The visit, according to the report, would be to discuss the opening of a research and development site in Israel, something Prime Minister Benjamin Netanyahu had mentioned in a TV interview earlier this month.
The Pfizer vaccine has had an exceptional impact, together with the country’s lockdown efforts, in bringing down infection rates. The vaccine is around 99% effective in preventing hospitalization, serious disease and death within a week of receiving the second shot, the Health Ministry reported Saturday night.
Only 1,240 people tested positive for coronavirus on Saturday, or about 6.3% of the people screened on Shabbat, the Health Ministry reported. On Sunday afternoon, there were 857 people in serious condition, and the death toll stood at 5,569.