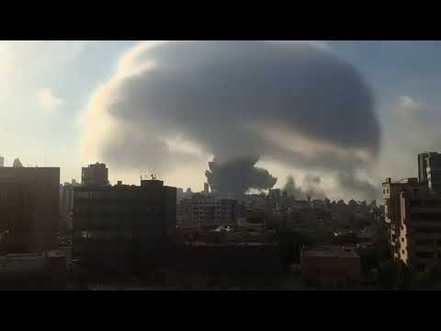 Lebanese Forces lawmakers George Okais, Fadi Saad, Imad Wakim and Majed Abillama will on Monday visit the office of the U.N. Special Coordinator for Lebanon to deliver a petition demanding an international fact-finding mission into the disastrous Aug. 4 blast at Beirut port.

A statement issued by the LF’s media department said the MPs will meet 3:00 pm with U.N. Deputy Special Coordinator for Lebanon Najat Rochdi to hand her the petition, which is signed by the LF’s 15 lawmakers.

The petition is addressed to U.N. Secretary General Antonio Guterres.

“The visit comes due to people’s lack of trust in the local investigation and in its ability to unveil the truth,” the LF said in its statement, citing “the current obstacles” that the probe is facing.

The party also reminded that it had pushed for such an international commission from the very first hours after the disaster, adding that the MPs and relatives of victims will hold a press conference at 4:30 pm.