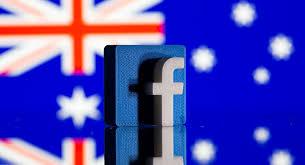 Earlier, Facebook removed posts of Australian news outlets and government pages, including those belonging to the meteorology bureau, the pandemic response, mental health and emergency services.

“The government has been advised by Facebook that it intends to restore Australian news pages in the coming days,” Treasurer Josh Frydenberg and Communications Minister Paul Fletcher have said.

This means that Facebook and Google are unlikely to be penalised as long as they reach some deals with local media firms to pay for news.

“As a result of these changes, we can now work to further our investment in public interest journalism, and restore news on Facebook for Australians in the coming days,” Will Easton, managing director of Facebook Australia, said.

In turn, Facebook said in a blog post that it was satisfied that had reached an agreement with the Australian government

Last week, Facebook blocked all Australian news content and several state government and emergency department accounts.
The social network giant made the move after it failed to sway Canberra over the proposed media bargaining law, which passed the lower house on 17 February.

The proposed media bargaining code stems from a 2018 Treasury department order to Australia’s competition and consumer agency to investigate the impact of tech giants on the country’s struggling news media environment.

Earlier, Google had brokered deals worth millions of dollars with a variety of media companies, including the two largest: Rupert Murdoch’s News Corp. and Nine Entertainment.

Google and Facebook have lobbied against the law, calling it unworkable and claiming it had misdiagnosed the reason behind the news media outlets’ hardships.