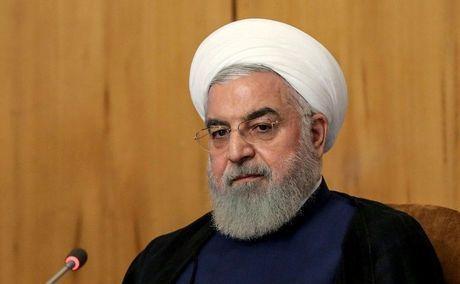 Tehran’s broad strategy regarding the U.S. is to seek to push new President Joe Biden back into a non-renegotiated nuclear deal, which favours Iran, whilst at the same time allowing Iran is own backdoor to continue to export its own crude oil and other related products. The past week has seen significant developments on both sides of this equation, with Iran dramatically sharpening its nuclear threat but also putting into place one of the last key pieces that will allow it to export crude directly to its principal oil markets in Asia.

In terms of its nuclear threat, Iran has been waiting since former president Donald Trump unilaterally pulled the U.S. out of the Joint Comprehensive Plan of Action (JCPOA) for a new – and potentially softer – Democrat to take his place, just as they were advised to by John Kerry, Barack Obama’s former Secretary of State, according to Trump’s former National Security Advisor, John Bolton. Since the new man has been in the Oval Office, Iran has been gradually increasing the pressure on him to re-join the original JCPOA. Even before Biden was formally sworn in as president, Iran’s Islamic Revolutionary Guard Corps (IRGC) seized the 20,000 metric ton South Korean oil tanker the Hankuk Chemi and moved it to an Iranian port between Qeshm and Larak Island under the pretext of the vessel being responsible for ‘oil pollution’. More seriously as far as global implications were concerned were the subsequent comments from Iran’s Foreign Minister, Javad Zarif, that Iran has restarted 20 per cent uranium enrichment at its underground Fordow nuclear facility. This is in direct non-compliance with the terms of the JCPOA, as initially agreed in 2015 and then formally implemented on 16 January 2016. Pointedly, Zarif added: “Our measures are fully reversible upon full compliance [with the JCPOA] by all.”

Also last week Iran’s President, Hassan Rouhani, that the U.S. should abide by United Nations Security Council Resolution 2231 – which was a multi-lateral 20 July 2015 resolution endorsing the JCPOA – and added that the U.S. should abide by the international regulations. “The implementation of rules, laws, obligations and international treaties is one of the human and political duties of all governments, therefore we hope that they [the U.S. government] follow the law and we will be able to conduct our interactions in better condition in the world, especially in the trade sector,” he underlined.

Shortly after Rouhani’s comments, Iran’s Foreign Ministry Spokesman, Saeed Khatibzadeh, stated that the country will later this month stop abiding by the IAEA’s ‘Additional Protocol to the NPT [the ‘Treaty on the Non-Proliferation of Nuclear Weapons’ which came into force on 15 May 1974] Safeguards Agreement’ if the other parties to the JCPOA (comprising the U.S., U.K., France, Russia, China, and Germany) do not fulfil their commitments. He added, though, that Iran will continue its cooperation with the IAEA and stressed that all of the three European signatories of the JCPOA should re-commit to the obligations of the deal.  Critically, and signalling that Iran will stick to the original draft of the JCPOA agreed – and absolutely not renegotiate a newer (and certainly harder) version that would almost certainly include provisions against missile testing, he added: “Missiles and [the] JCPOA are two completely different issues.”

Following on from all of these implied and direct threats, Iran further last week informed the IAEA that it plans to install more of its advanced IR-2m centrifuges at its huge underground uranium enrichment plant at Natanz, according to a number of sources. Specifically, Iran told the IAEA that it would add install two additional cascades of 174 IR-2m centrifuges at the fuel enrichment plan (FEP) to enrich up to five per cent U-235. This will bring the total number of cascades of IR-2m centrifuges either planned, being installed, or operating in FEP to six, according to IAEA data. This is in addition to the 20 per cent+ enrichment also now occurring at the Fordow Plant. “With these [enrichment] developments and the missile delivery capabilities possible as a result of the [25-year] deal with China, the breakout time [the time it will take Iran to produce nuclear weapons-purity uranium of 90 per cent] for Iran and the time for it to be able to deliver these [nuclear] weapons has significantly reduced from a year ago,” a Moscow-based source close to the Iranian government told OilPrice.com last week.

The IRGC – which is now basically in control of foreign policy in Iran, with the full backing of the Supreme Leader, Ali Khamenei – believes that the U.S. has limited options available to it to counter these moves by Iran, with major military options severely constrained by Iran’s closer relationships with China and Russia. Aside from the specific military elements connected to the 25-year deal with China, it should not be forgotten that Russia too plays a part when necessary in a three-sided relationship. Russia sent a reminder of this last week with joint naval drills in the northern part of the Indian Ocean. Whilst notionally characterised as being aimed at ‘contributing to maritime security and combating piracy and terrorism’, the message to the U.S. was very clear indeed, with the exercises comprising naval and air units of the Iran Army Navy and IRGC Navy, and a number of Russian navy vessels and air support. Later this year, OilPrice.com understands, there will be a much bigger set of manoeuvres held off Iran, featuring both Russia and China, in an echo of the joint naval (and air support) drills held in December 2019 between the three countries. As Iranian Navy Rear Admiral, Hossein Khanzadi, stated in November 2019 just ahead of these drills: “A joint war game between several countries, whether on land, at sea, or in the air, indicates a remarkable expansion of cooperation…and the manoeuvres carry the same message to the world, that these three countries have reached a meaningful strategic point in their relations.”

On the other side of the equation, Iran is in the very final stage of completing its game-changing Goreh-Jask pipeline project with a major advance last week being the loading in the Khorramshahr Industrial Yard of the crucial single point mooring (SPM), submarine multi-lane, and ancillary equipment required in the Jask Oil Terminal Project. This, together with the earlier commencement of offshore pipe-laying operations puts the entire project on rack for completion by the end of the current Iranian calendar year ending on 20 March this year. After the completion of this first phase of the project, the Goreh-Jask pipeline will begin full pumping tests aimed at ascertaining its capacity to transfer 350,000 barrels per day (bpd) of light, heavy, and ultra-heavy crude oil through the 1,100 km-long, 46 inch diameter pipeline that runs from the Goreh oil terminal in the north-west Bushehr Province to Mobarak Mount in the western Jask region along the Sea of Oman.

After the initial testing of the first phase infrastructure has been completed, with 350,000 bpd transferred, the figure will be increased to a daily delivery capacity 460,000 bpd of heavy crude oil and 254,000 bpd of light crude oil to export terminals. Phase 2 will involve the transfer more than one million barrels of crude oil to export terminals. The oil will then be stored once it has arrived in Jask in one of the 20 storage tanks each capable of storing 500,000 barrels of oil, in the first phase (totalling 10 million barrels) for later loading on to very large crude carriers (VLCCs) headed from the Gulf of Oman and into the Arabian Sea and then on to the Indian Ocean. The second phase will see an expansion to an overall storage capacity of 30 million barrels.

Over and above the technical details, the key point is that the pipeline will allow Iran another method by which it can export huge amounts of oil without being prey to U.S. sanctions and it will also allow Iran to do this whilst at the same time causing chaos for a third of the rest of the world’s oil shipments through blockading the Strait of Hormuz, should it wish to do so again. Additionally positive for Iran is that having a huge oil storage capacity available just a short direct sea journey away from Pakistan and then on into China is likely to result in the final go-ahead for the construction of the Iran-Pakistan oil and gas pipeline, and then put further pressure on the developing India-UAE-U.S. relationship as India may well think that resuscitating the Iran-Pakistan-India pipeline is preferable to the current plans with the UAE. It also means that Iran can send oil supplies – and anything else it wants in the tankers – to the Houthi faction in Yemen to keep a constant threat to the Saudi southern flank and also to militia groupings in Somalia and Kenya.