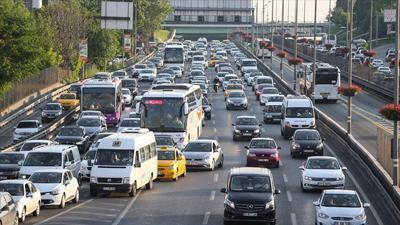 A total of 117,313 first- and second-hand vehicles were registered last month, according to the Turkish Statistical Institute (TÜİK).

The total number of road motor vehicles registered to the traffic reached nearly 24.3 million by the end of January, TÜİK said.

In terms of the distribution of model brands for newly registered cars in the month, 16.1 percent were Fiat; 14 percent Renault, and 9 percent Volkswagen.

Last year, the country registered over 1 million vehicles, a rise of 55 percent from the previous year.