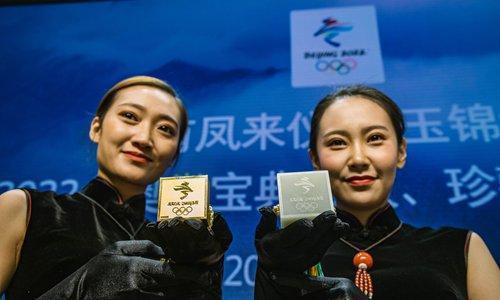 As some anti-China politicians in Western countries are trying to hype the “genocide” rumors about China’s Xinjiang to obstruct the 2022 Beijing Winter Olympic Games, Chinese experts said if these attempts become the official stance of these Western countries, there will be serious consequences.

In fact, Trudeau and his Cabinet have abstained from the vote, AP reported.

The motion was also amended just before the vote to call on the International Olympic Committee (IOC) to move the 2022 Winter Olympics from Beijing if “the treatment” continues.

Chinese Foreign Ministry spokesperson Wang Wenbin said at a routine press conference on Tuesday that China firmly opposes and has lodged serious representations to Canada against its motion.

“Facts have proven that there has never been genocide in Xinjiang. This is a pure lie concocted by anti-China forces, a ridiculous farce to smear China. Some Canadian politicians’ blatant politicization of sport violates the spirit of the Olympic Movement and harms the interests of their athletes,” Wang said.

There have been similar attempts or calls from politicians and “human rights groups” in some other Western countries to boycott or relocate the 2022 Winter Olympics, mostly members of the Five Eyes Alliance, such as the US and the UK.

However, in early February, Canadian Olympic Committee chief executive officer David Shoemaker said that a boycott would be the wrong approach, according to Reuters.

The US Olympic and Paralympic Committee echoed a similar position on Wednesday, saying they oppose boycotts because “they have been shown to negatively impact athletes while not effectively addressing global issues.”

Chinese experts said that those attempts made by some politicians in parliament or congress in their countries are yet to become the official government stance of Western countries, as decision-makers in the West understand how serious the consequence would be if they boycott the Beijing Winter Olympics. Those calls are an old trick that some Western politicians had frequently played in the past, especially when China or Russia held the Olympics. It is a political stunt to specifically attack countries who pursue different paths from the West.

Experts on Olympic issues pointed out that it is useless and ignorant for some Canadian politicians to call for a removal of the 2022 Winter Olympics and Paralympics from Beijing as a possible replacement of the host city is decided only by the IOC and the city it would entrust, and apparently the IOC  would never accept such a “ridiculous appeal.”

“Neither the IOC nor the national Olympic committees from any country would allow sports to be manipulated by politics. Such calls for a boycott or relocation of the Games will not be a global trend, as we saw by what happened to Russia’s Sochi Winter Olympics [in 2014],” Ding Bocheng, who participated in organizing the Summer Games in 2004 and 2008 and is a member of the team for the 2022 Olympic and Paralympic Winter Games in Beijing, told the Global Times on Tuesday.

A boycott “cannot win the hearts of the public, sponsors, and athletes who see the Games as a chance to appreciate global competition, to expand brand reputation and to achieve professional achievements,” Ding noted.

No doubt, the absence of top-notch athletes from winter sports powerhouses, especially from the US and Canada, would impair the glamour of the Winter Olympic Games, which in turn will hurt these athletes, Ding said.

Lü Xiang, an expert on international relations at the Chinese Academy of Social Sciences in Beijing, told the Global Times on Tuesday, “Anti-China conservative Western politicians need to understand that they have no right to decide where to hold the Olympics. They just arrogantly believe they can represent the international community.”

The motion passed by the Canadian parliament is non-binding, so the Trudeau administration needs to avoid being stupid. Canada’s anti-China politicians just played the same trick as Mike Pompeo (former US secretary of state in the Trump administration). It is “big lie” diplomacy, Lü said.

To groundlessly accuse China of “genocide” will never become a legitimate excuse for the boycott and would only make those who support the boycott more isolated, Lü said.

The US was unable to get every ally to support its boycott of the Soviet Union’s Moscow Olympics in 1980. “Given the modern realities of Chinese global economic integration, today we can expect much more resistance to the boycott idea. Washington could well find itself the majorette for a marching band that is going in an entirely different direction,” Lampton said.

In 2008, anti-China forces like some Western politicians and Tibet separatists tried to play the same trick to boycott the Beijing Olympics, but eventually, they had all failed.

“Most major states will participate in the 2022 Winter Olympics… One key difference between now and 2008 is that today’s China feels much stronger diplomatically and economically than it did more than a decade ago,” Lampton said in his article which was published on the Newsweek website on February 16.

Lü said that in 2008, Western countries, especially the US, needed China’s help to overcome the challenge of the financial crisis, and now, the problems they have to face are have created many more headaches than in 2008, such as fighting the COVID-19 pandemic and pushing economic recovery, so the West, which is in a big mess, has no reason and no strength to seriously offend China by boycotting the 2022 Games.

When Western anti-China forces use rumors about Xinjiang as a weapon to harm China’s interests, there is no effective way for China to stop them from telling lies, so retaliation is the only language that those liars can understand, Lü said, adding that pragmatic and wise Western leaders know how serious the retaliation would be if they use the lie of “genocide” to boycott the 2022 Games. “It would be like cutting off almost all ties.”

Some mainstream Western media like CNN cannot even correctly locate where Xinjiang is on the map, so the calls for a boycott are never about the human rights or the Uygur people. Chinese analysts said some Western countries are likely to use the calls as a bargaining chip to negotiate with China for compromises on other issues.

It is not a matter of human rights in Xinjiang, but more about not giving China a chance to stand out in the international arena, Peking University professor Zhang Yiwu told the Global Times on Tuesday. Zhang noted that “the Olympic Games is just a way out for the West to contain China by waving its flags of human rights and ethnic issues.”

Zhang said that the prosperous, stable and harmonious Xinjiang has debunked their smears, but China should continue spreading true stories about the autonomous region to the outside world and invite more politicians and journalists from other countries to visit Xinjiang so they can see for themselves.

Looking back at the 2008 Beijing Olympic Games, China and the Olympics had made each other better. The 2008 Games presents a democratic, open, civilized, friendly, and confident China to the world and China had emerged as a key player in international affairs, and particularly as a major presence on the global market.

Meanwhile, China hosted a “truly exceptional” Olympic Games, boosting exchanges and mutual understanding between the Chinese and other civilizations of the world. It encourages more than 1.3 billion Chinese to engage in sports with interest and passion, and give them an opportunity to help advance the Olympic Movement and promote the Olympic spirit.

“We believe that the IOC will make specific moves against the calls for a boycott or relocation and carry out its rules against any acts for political or ideological purposes; otherwise, the Olympic Movement may face an unprecedented crisis,” Zhang said. 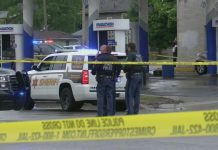 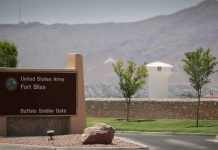