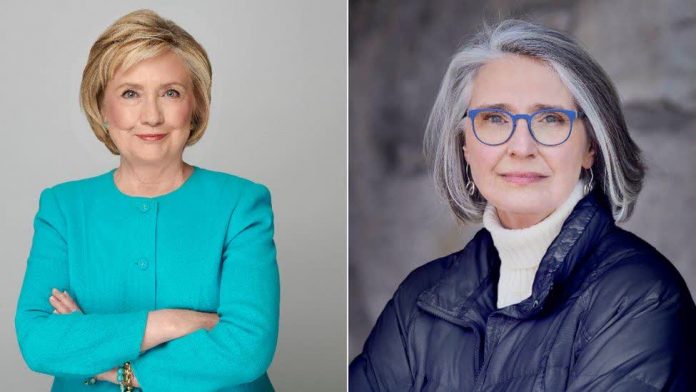 Hillary Clinton has written her first novel, a thriller featuring a US government “dangerously out of touch” amid a series of terror attacks.

State of Terror, which follows a novice secretary of state, will be released on 12 October 2021.

It explores a world of “high stakes diplomacy and treachery” she said.

The novel’s protagonist has “joined the administration of her rival, a president inaugurated after four years of American leadership that shrank from the world stage”.

It features a series of terrorist attacks which throws the global order into disarray, and the secretary is tasked with assembling a team to “unravel the deadly conspiracy”.

Mrs Clinton served as US secretary of state under the Obama administration for four years from 2009 to 2013, before losing against Donald Trump in the 2016 presidential race.

Publishers promise behind-the-scenes drama “informed by details only an insider could know”.

“Now we’re joining our experiences to explore the complex world of high stakes diplomacy and treachery. All is not as it first appears.”

Canadian crime author Penny, known for the Chief Inspector Armand Gamache series, said it was “an incredible experience to get inside the State Department, inside the White House, inside the mind of the secretary of state as high stake crises explode”.

She added: “Before we started we talked about her time as secretary of state. What was her worst nightmare? State Of Terror is the answer.”

Mrs Clinton is not the first in her family to turn her hand to fiction. Her husband, former president Bill Clinton, teamed up with novelist James Patterson for The President Is Missing – a thriller about a president forced to go off-grid for his own safety.

State of Terror will be published jointly in the US by St Martin’s Press and Simon & Schuster and in the UK and rest of the world by Pan Macmillan.

It follows a series of memoirs from Clinton, most recently 2017’s What Happened, also published under Simon & Schuster, that attempted to explain why she failed to become president.