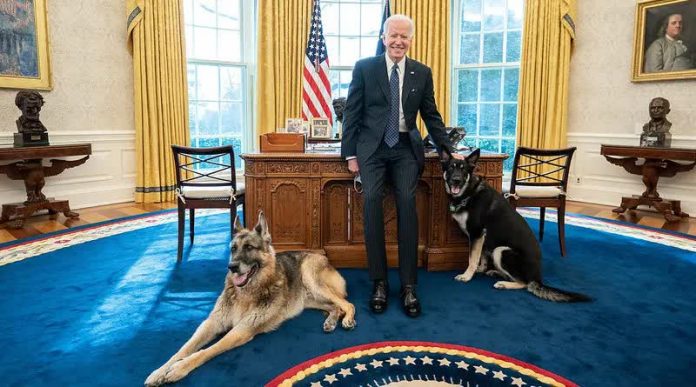 Successful foreign policymaking, like love and dancing, is almost entirely dependent on timing. Unfortunately, at the present time, the new, sunny, administration of Joe Biden—with its utopian Wilsonian outlook—is in for a period of jarring realist education. The major players of the Indo-Pacific must not wait around for the superpower to come to its senses about its competition with China (which it will ultimately surely do), but instead use this interlude to help themselves, if Beijing’s aggressiveness is to be contained.

For there are two intellectual problems that will hamstring the Biden team in the near term: The unfeasibility of its dual-track approach to China, and its lack of concrete policy options for how ‘to work more closely with allies’ in the Indo-Pacific. Both these analytical impediments can and will ultimately be overcome. But doing so will take precious time.

We must start with structural realism; with the structural great power reality of the new era we find ourselves in. We live in a time of loose bipolarity, where beneath the superpower competition between the US and China, great powers India, Japan, the Anglosphere (Australia, New Zealand, Canada, and the UK), the EU and Russia have the ability to chart their own independent foreign policy course, irrespective of the wishes of the two superpowers.

It is increasingly clear that India, Japan and the Anglosphere are the other great powers—who for their own specific interests—are most likely to join the US as allies in seeking to push China back. The ultimate geostrategic play, already obvious to realists everywhere—is that the big Asian democracies plus the Anglosphere coupled with the US looks like the world’s most promising anti-China combination.

But sadly, it will take the naïve Biden team a couple of years to see geostrategic sense. During Biden’s mid-February first call to President Xi Jinping, the White House unwittingly laid out the intellectual flaws at the heart of its new dual-track strategy with China. On the one hand, Biden correctly upbraided Xi for China’s crackdown on Hong Kong, horrendous human rights abuses in its western Xinjiang province against the Uighurs, increasingly aggressive actions toward Taiwan, and ‘unfair economic practices’. But remained oblivious to the fact that these specific instances are all part and parcel of the brewing Cold War between the superpowers. On the other hand, Biden suggested that the two work together on tackling the coronavirus (which China cold-bloodedly loosed on the world), cooperate more on climate change (despite the raft of new coal-burning factories Beijing has constructed), and deal with nuclear proliferation (despite China’s pronounced disinterest in limiting its own nuclear arsenal).

There are two immediate problems with this naïve approach. First, it ignores China’s horrible present record in all three areas, hoping against hope that it will (for some unknown reason) ignore its past history and do as the White House would like it to. Second, acting as if there can be intense Cold War competition on one hand and intense cooperation on another is to misunderstand how human beings work. Over time, both sets of issues are bound to bleed into one another and cannot be kept separate. Given China’s abysmal record—both its aggressive expansionism on the one hand and its complete lack of engagement over the virus, climate change and nuclear limitations on the other—it is easy to glean that the competitive aspects of the relationship will dominate, and the dual track strategy will have to be changed to reflect the barest outlines of reality.

Beyond this analytical muddle, the Wilsonian administration has yet to explain how ‘working with allies in the Indo-Pacific’ is more than a bumper sticker. As always in international relations, the devil is in the detail. And, so far, the detail does not look encouraging. The single biggest geostrategic move the US could make in one stroke to both cement alliances in the region and to confound Beijing is geo-economic, to rejoin the massive Comprehensive and Progressive Trans-Pacific Partnership (CPTPP), a free trade deal that economically unites most of the Pacific Rim. The deal, initially inspired by the Obama administration, elegantly set common economic norms for the region (not allowing China to do so), and economically was set to bind a series of American allies together.

Struck down by a petulant and jealous Donald Trump, who objected to the pact primarily because his hated predecessor had inspired it, this amounts to the single greatest act of diplomatic self-harm during the whole of the previous administration. However, Joe Biden shows absolutely no sign of re-entering the deal, which came to fruition in spite of America’s cluelessness due to the far-sighted vision of ex-Japanese Prime Minister Shinzo Abe. For the Democratic Party has long been the US political party most amendable to protectionism (witness that NAFTA was passed only due to large Republican congressional majorities). This has become even more the case as the party has decisively drifted leftwards since the Obama era. Rather than take on his own progressive base, Biden has meekly made it clear he has no immediate plans to rejoin CPTPP. So much for geo-economics.

Second, while he said shockingly next to nothing about it during the 2020 presidential campaign, Biden seems committed to expanding the geostrategic reach of the ‘Quad’, a nascent strategic Indo-Pacific alliance—composed of India, Japan, Australia and the US—one dedicated overtly to keeping the vast seas of the Indo-Pacific free and open, and more covertly, to checking Chinese expansionism. But what is the Quad to actually do, how can its membership be augmented and by whom, and how formal an alliance ought this to be? To all these foundational questions, the Biden administration has nary a clue.

For all these reasons, it is the easiest of political risk calls to make that it will take time and reality to alter the Wilsonian Biden administration’s tune. But, rest assured, it will change. Strikingly, one of the very few policy areas of bipartisan agreement in an otherwise hyper-partisan and poisonous Washington is a common realisation that the US finds itself in a Cold War with China, that the Indo-Pacific will be the key region in that Cold War, and that only by marshaling together great power allies can the US hope to ultimately succeed. This common, bipartisan foreign policy consensus means that, for all the false starts and naivety, in the end, the US will exhibit a strikingly consistent geostrategy in the Indo-Pacific over the coming generation.

But, as ever with America, this will take time. And, in a very real sense, there is no time to be lost. For in this new era of loose bipolarity, great powers India, Japan, and the Anglosphere are not merely passive observers of the superpower contest for primacy—trapped in some sort of Graham Greene novel in the role of mere spectators—but instead have their own, active geopolitical course to chart. So far, they have all been—aping the conditions of the earlier Cold War era—far too quiescent.

Defense spending is merely the clearest gauge of this malaise. China’s military spending is already larger than the rest of Asia’s combined; Beijing spends four times as much on defense as India, and five times as much as Japan. Indonesia, Malaysia, the Philippines and Japan all spend approximately one percent of GDP on defense, which doesn’t pass the laugh test. Even obviously imperiled Taiwan has been sleeping. Taipei consistently decreased its defense spending as a percentage of GDP from 1999-2019, from more than three percent to less than two percent, only to now abruptly change course.

While the Americans fumble around to get their foreign policy right in the Indo-Pacific, there is no time for the other players in the region to lose. First, they must shore up their own defenses if they are to be a meaningful part of the coming India-Japan-Anglosphere-American combination to check Chinese expansionism. Second, they must not wait for the Americans to come up with the proper strategic ideas. Again, former Japanese Prime Minister Abe is the model, salvaging CPTPP when the Americans lost interest, and championing the Quad when it needed resurrecting. Rather than passively waiting for the Americans to come, the great powers of the region must instead proactively challenge the Americans to join them in doing what is already in their interests.

The other advantage the burgeoning alliance has is that the Chinese leadership seems incapable of altering its well-established course of provocations in the Indo-Pacific. The most recent is new legislation enacted by Beijing that authorises its coast guard to use weapons against foreign ships that China considers (but no one else does) to be unlawfully entering its overly-expansive territorial waters, effectively weaponising its grandiose claims in the East China and South China Seas. Daily, issue-by-issue and case-by-case, the threat of Chinese aggression becomes crystal clear. The response of the players in the Indo-Pacific must be to follow Benjamin Franklin’s sage advice: “God helps those who help themselves”.