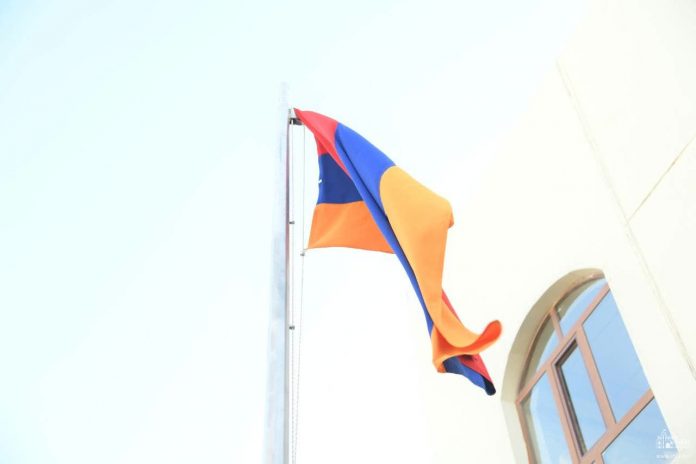 The Consulate General of the Republic of Armenia was opened in Erbil, Iraqi Kurdistan, today.

In his opening remarks Consul General of the Republic of Armenia in Erbil Arshak Manukyan presented the goals of the diplomatic mission and the upcoming programs.

The Consul General noted that in recent months, due to active contacts with the partners of Iraqi Kurdistan, an agenda of mutual interest has been set and expressed readiness to make efforts to implement it.

Armenia’s Deputy Foreign Minister Artak Apitonyan noted that the dynamically developing relations between Armenia and Iraqi Kurdistan are based on strong historical ties and friendship of the two peoples.

“This is a truly significant event in the history of Armenian-Iraqi relations. Armenia has always attached great importance to the development of relations with the Republic of Iraq, the culmination of which is the opening of the Consulate General of the Republic of Armenia in Erbil. Armenians have settled in this country at different stages of history, including in Iraqi Kurdistan, and have received exceptionally friendly treatment from the authorities. Therefore, it is not accidental today that the Armenian community of thousands continues to live here, contributing to the development of the country of which it is a citizen,” said the Deputy Minister.

Safin Dizaye, Director of the Department of Foreign Affairs hailed the decision of the Armenian authorities to establish a Consulate General in Erbil and promised full support on behalf of the Government of Iraqi Kurdistan.

The event was attended by members of the regional government of Iraqi Kurdistan, members of parliament, religious leaders, heads of diplomatic missions accredited in Iraq, representatives of international organizations and journalists.