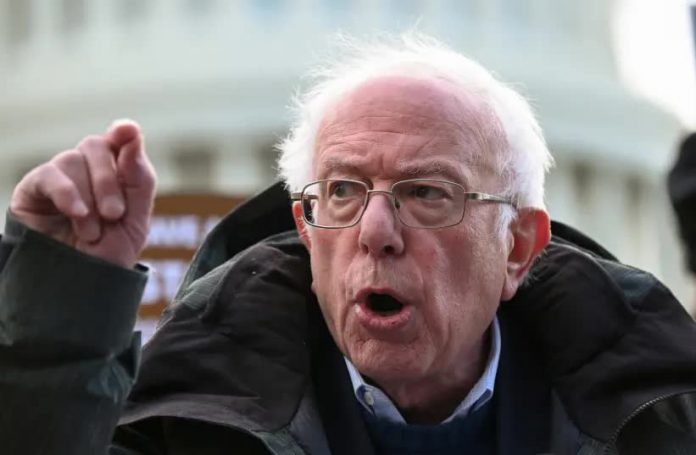 “It is outrageous that Netanyahu would use spare vaccines to reward his foreign allies while so many Palestinians in the occupied territories are still waiting.”

Democratic U.S. presidential candidate Sen. Bernie Sanders announces introduction of public housing legislation as part of the Green New Deal in Washington, U.S. November 14, 2019
(photo credit: ERIN SCOTT/REUTERS)
US Senator Bernie Sanders criticized the Israeli government for sending COVID-19 vaccines to foreign allies before sending vaccines to Palestinians.
Sanders was responding to a New York Times tweet stating that “Israel’s vaccine donations to faraway countries have angered Palestinians who say Israel is responsible for the well-being of Palestinians in the occupied territories, where vaccines are scarce.”
Sanders claimed that “Israel is responsible for the health of all the people under its control,” Sanders tweeted. “It is outrageous that Netanyahu would use spare vaccines to reward his foreign allies while so many Palestinians in the occupied territories are still waiting.”
As Israel began its vaccine rollout late last year, some activists and foreign media outlets criticized Israel for not including the Palestinians, arguing that under international law, Israel is the “occupying power” and must vaccinate them.
Israel, has pointed out that the internationally recognized Oslo Accords state that the PA is responsible for its population’s healthcare, including vaccinations.
Regardless of legal matters, the government has already sent thousands of doses of coronavirus vaccines to the PA and facilitated the entry of Russian donations of the Sputnik V vaccines.
Last week, Netanyahu said Israel and the Palestinians were “in one epidemiological range.”
“We have a clear interest that we don’t want illnesses and sick people to pass through our borders from the Palestinian Authority and Gaza,” he told Army Radio.