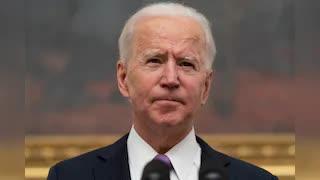 The mainstream media is demonstrating a clear double standard by not calling out the Biden administration for utlizing the same migrant facilities as its predecessor, Fox News contributor Dan Bongino told “Outnumbered” Wednesday.

Bongino referenced a diagram posted on social media by Campus Reform Editor-in-Chief Cabot Phillips that illustrates the difference between the media’s coverage of the two administrations.

Bongino added that “expecting the media to cover this honestly is just a waste of everybody’s time. That’s why nobody trusts the media anymore.”

White House press secretary Jen Psaki defended the reopening of the facility for children Tuesay, describing it as a “temporary reopening” due to the COVID-19 pandemic. She added that the administration’s “intention is very much to close it, but we want to ensure that we can follow COVID protocols as unaccompanied minors come into the United States.”

Bongino noted that, the media’s hypocrisy notwithstanding, “there are serious questions here, you know, on immigration.

“Second question: What’s your answer for immigration?” he asked. “And third: What about Americans? Do we matter? I mean, we actually pay taxes. We follow the law.

Joshua Q. Nelson is a reporter for FoxNews.com. You can find him on Twitter @joshuaqnelson.