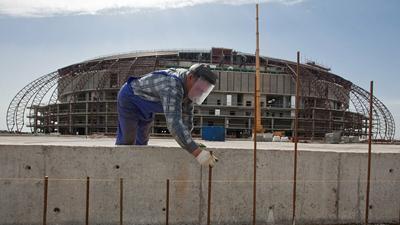 A research crew has discovered discrimination against men in fields such as nursing, child care, preschool education and, above all, janitorial work. By contrast, no similar discrimination was observed for female applicants vying for jobs like vehicle mechanic, truck driver, IT developer and warehouse worker, traditionally seen as “manly”.

A broad study led by researchers at Sweden’s Linköping University has disclosed discrimination in the labour market against men, especially those trying to enter female-dominated professions.

By contrast, the study revealed no opposite bias against women in male-dominated jobs.

“We see that there are obstacles for men to enter certain parts of the labour market. In the application process, we see no discrimination against women who want to enter male-dominated professions. But we find considerable discrimination against men in female-dominated professions,” Mark Granberg, a doctoral student in economics at Linköping University, said in a statement.

The researchers sent out approximately 3,200 fictitious applications to employers around Sweden. For each application, the researchers then noted whether the made-up applicants received an answer and, if so, which.

During the course of the study, the research crew noted discrimination against men applying to be nurses, childminders, preschool teachers and, above all, janitors. By contrast, no similar discrimination was observed thwarting female applicants seeking to become vehicle mechanics, truck drivers, IT developers or warehouse workers, which have been traditionally seen as “manly” or are dominated by men.

“Hiring discrimination is one demand-side explanation for very skewed gender ratios in some occupations, which remains a barrier to gender equality,” the study concluded.

“The fact that men’s applications – not women’s – are sieved out in the application process is interesting. We already know that women are disadvantaged in the labour market in terms of pay and promotion. The follow-up question then becomes, what happens on the road? It would be interesting to look at, but there is nothing our study can clarify,” Mark Granberg mused.

According to Statistics Sweden, labour force participation rates for women as of 2019 stood at 82.3 percent, slightly lower than that of men at 85.9 percent.

Previous research attributed part of the existing wage gap to differences in occupation structures. Some occupations such as vehicle mechanic and truck driver are overwhelmingly male, whereas nurses and preschool teachers are overwhelmingly female. Hiring discrimination and resulting gender disparity is often seen as something that hinders more equal wages.

Experimental studies such as those performed by Linköping University are a common and useful tool to discover discrimination and biases, yet they can capture its very existence and scope only at the very first stage of the application process.