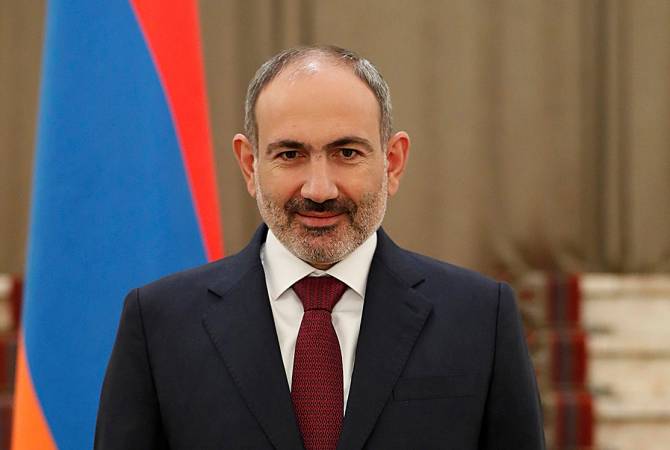 YEREVAN, FEBRUARY 25, ARMENPRESS. Prime Minister of Armenia Nikol Pashinyan is inviting all his supporters to the Republic Square following today’s statement made by the General Staff of the Armed Forces which demands his and the Cabinet’s resignation.

The PM said live on Facebook that the most important task now is the preservation of the people and the civil authority, calling that statement of the General Staff as a “military coup attempt”.

“You know that I have taken the whole responsibility of what had happened on me and have tried to do everything to answer all the questions by myself personally. But we have reached a stage, where, unfortunately, we cannot avoid asking questions to some of our high-ranking military officials, because if we want to make all the truth about the war known, we must ask questions to some of our top military officials. But our beloved generals do not like the fact that we, the public, the civil authority, the government can have questions addressed to them on some episodes. But this is inevitable. This doesn’t mean that the answers of these questions should be definitely followed by some developments. But we must know the answers of some questions relating to concrete combat, military episodes. We need to understand what ties existed between some top officers and some political circles, who were the people who were communicating with the Army during the war”, Pashinyan said.

He clarified that he invites the citizens to the Republic Square for these issues. “But I want to call for calmness and come to the Republic Square as a participant of a peaceful civilian meeting. I also want to call on our military to continue fulfilling their functions of the defense of Armenia and not to lose the vigilance, everything is under control, everything is under the control of our soldiers, and any action contradicting the service processes must be ruled out”, the PM added.

He considered Army’s, Armed Forces’ engagement in politics impermissible. Pashinyan expressed confidence that the current situation will be solved within the law. “This means, we will soon appoint new Chief and deputy Chiefs of the General Staff of the Armed Forces. The defense minister has been tasked to fulfill all his functions, service duties and ensure the normal operation of the Armed Forces. I invite you all to the Republic Square to talk about our plans and discuss several urgent issues”, he said.