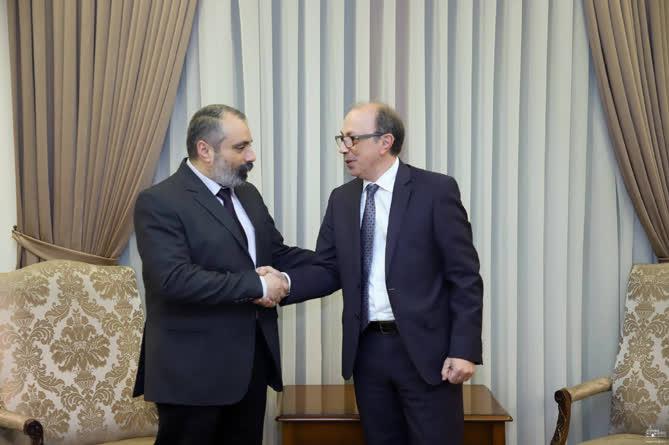 It said the ministers emphasized the deepening of cooperation between the two ministries, holding of mutual contacts and consultations for a more effective discussion of the current issues.

The key issue of the meeting was the humanitarian crisis that has resulted from the Turkish-Azerbaijani aggression against Artsakh that requires an immediate solution, including an early repatriation of all Armenian captives held in Azerbaijan.

The need to attract international professional structures in stabilization of the socio-economic situation in Artsakh was emphasized.

During the meeting, the two ministers exchanged views on the resumption of the Artsakh peace process within the framework of the OSCE Minsk Group co-chairmanship, emphasizing the restoration and protection of the rights of Artsakh Armenians, as well as the determination of the status of Artsakh based on the people’s right to self-determination.